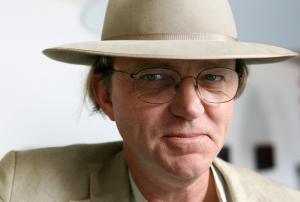 Robert Storr, dean of the Yale School of Art, weighs in on the whole L.A. MOCA debacle over at HuffPost. He kicks off his piece by stating that he’s read Eli Broad’s self-help book, The Art of Being Unreasonable, and asks how someone as deft at business as Mr. Broad could be so “inept and self-defeating” at philanthropy. Ouch.

Mr. Storr continues to paint Mr. Broad and his “enabler” Jeffrey Deitch as two scheming characters in a Shakespearean tragedy whose judgment, clouded by self-interest, is causing the downfall of a great institution. (“Dismissing Paul Schimmel in favor of Deitch is like cashing in all your value stocks and doubling down on junk bonds for the sake of a long-shot windfall.”) It’s quite a read.

The on-going fiasco at MOCA is a case in point. Broad and his enabler Jeffrey Deitch are in the process of undoing the work of many committed and knowledgeable people and thereby depriving the public of Los Angeles of a great art institution. Why? Simply because they won’t listen to professionals — the curators, fundraisers and trustees with long service who are now bailing out or being driven out, men and women who actually know more about museums and have more experience running them than either Broad or Deitch, and who have proven over the last 20 years that they are capable of building a world class museum. Moroever, Broad and Deitch have botched the public relations aspects of their bad decisions in ways that make you wonder how they were so successful in other contexts.