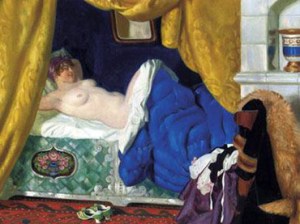 A judge in London ruled today that Christie’s must pay $2.6 million to Russian oil billionaire Viktor Vekselberg for selling him a painting most likely not made by the artist purported to have made it.

The painting in question was said to be by Boris Kustodiev. More from Bloomberg:

Judge Guy Newey in London said that the painting was “the work of someone other than” Kustodiev and Veksleberg’s Aurora Fine Arts Investment Ltd. had the right to return the painting “and recover the money it paid.” Newey cleared Christie’s of negligence in his written judgment

In a statement Christie’s said it was “surprised and disappointed” by the ruling.