Cerf said today that he currently lives in Montgomery Township in Somerset County, and made the move to be closer to work.

But Judiciary Committee Chairman Nicholas Scutari asked him: “Do you live somewhere else sometime?”

Cerf said he still owns a home in Montclair and goes there on weekends.

He said that nine months ago, he started renting an apartment in Montgomery. He moved there because he works long hours, 14 to 15 hours a day, and also because of heart health issues that required surgery, he wanted to move closer to his workplace to cut down on commuting.

“Driving for three hours a day, I decided I was going to work out of a home closer to work.”

He said he entered into a lease for the Montgomery apartment, and also receives mail there. He said he even registered to vote there.

“My week is spent here (in Montgomery),” he said. “The overwhelming number of weekdays I spend are in Montgomery.”

“Doesn’t that kind of fly in the face,” Scutari said to Cerf about his need to have an apartment close by if he has a driver. “You’re still a half hour away. Wouldn’t it have been simpler to move to Trenton or Princeton?”

“I moved there because I liked the apartment,” Cerf said, adding he has cut down on the use of a driver.

But Scutari was not convinced.

“It’s troubling you argue to the committee that you moved closer to cut down on your commute when you have a driver,” he said. “I’m not buying it.”

Scutari said to Cerf that he “really moved there so you could be in Sen. Kip Bateman’s district.”

Cerf said he still owns a home in Montclair and goes back there on weekends.

The issue of residency is important because Sen. Ron Rice, (D-28), Newark, had held up Cerf’s nomination hearing by using senatorial courtesy as Cerf’s home-district senator.

But if Cerf is now in Montgomery then he is represented by Bateman, (R-16), Branchburg. 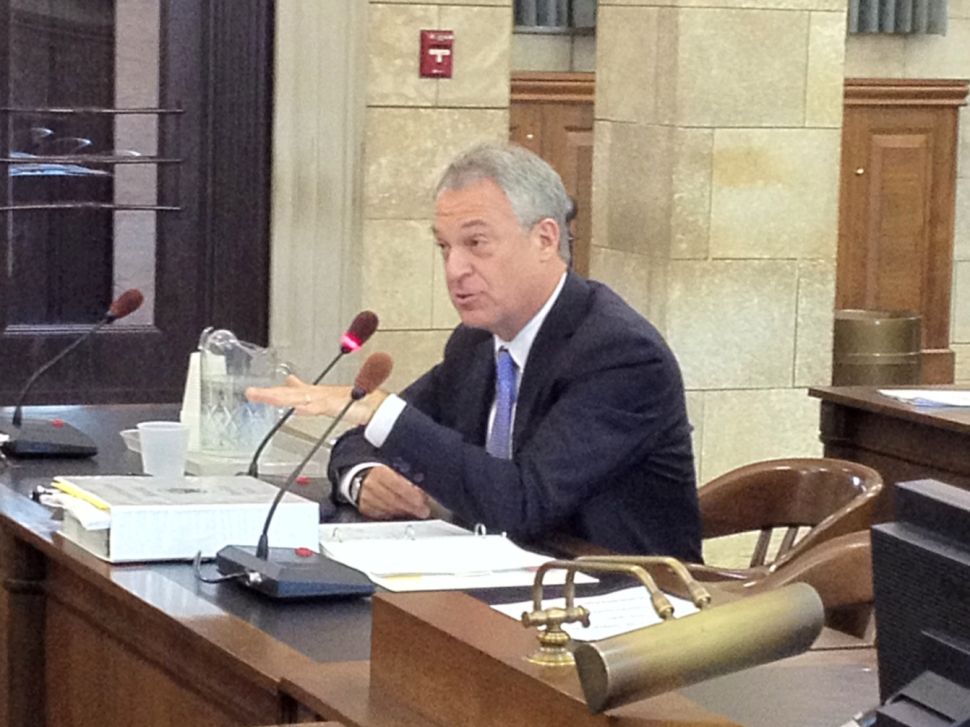