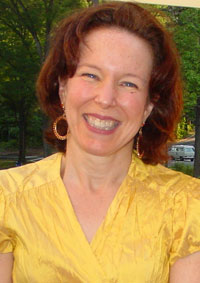 The Seattle Art Museum has named Kimerly Rorschach as its new director, The Seattle Times reports. Ms. Rorschach will be leaving her post at the Nasher Museum of Art at Duke University, in Durham, N.C., where she has been the the director since 2004.

Rorschach made her name building the Nasher from scratch; the museum was once housed in a science building on campus and served primarily as a teaching facility; it now resides in a 66,000-square-foot building. Under her purview, Nasher attendance grew from 10,000 to more than 130,000 per year and acquired a collection of works by major names in contemporary art, including Andy Warhol, Olafur Eliasson, Glenn Ligon and Ai Weiwei. She also mounted exhibitions of works by Warhol, El Greco and Picasso.

Ms. Rorschach will be stepping into delicate territory. Not too long ago the Seattle Art Museum experienced woes as its expansion plans were stifled by the collapse of its development partner Washington Mutual. Former director Derrick Cartwright inherited the museum’s financial problems when he took the helm as director in 2009 and resigned only two years later in June 2011 in order to return to scholarly work. He told the Seattle Times that the directorship “required a 100 percent, 24-hours-a-day commitment to solving problems.”

Nonetheless, before his departure, Mr. Cartwright was around for an economic upturn at the museum, which included a highly successful Picasso show in October 2010, which raised the museum’s membership to 48,000, putting it among the top 10 museums in that metric.