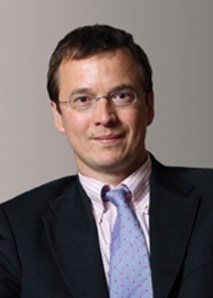 Art investment newsletter Skate’s, founded by analyst Sergey Skaterschikov, resumed its analysis of Artnet AG today with a special-edition report that lays out a new vision for the company. Skate’s had stopped its analysis of Artnet a few months ago following major investments in the company by Redline Capital Management S.A., where Mr. Skaterschikov sits on the board. Since that time Redline and art investor Rüdiger Weng have made a tender offer for the company, and since such actions have all been publicly declared, the new report explains, Stake’s sees no reason not to weigh in on the current goings on of the company.

The bulk of the report seems aimed at arguing against a “poison pill” proposition by the family that currently controls the company, represented by former CEO Hans Neuendorf and his son, the current CEO, Jacob Pabst. At the company’s annual shareholder’s meeting on Aug. 8, stock owners will vote on an amendment to the structure of the company that will allow no major business decisions without approval by 75 percent of the company, giving Mr. Neuendorf and Mr. Pabst veto power with their 26 percent ownership. The Skate’s report says that this amendment would hinder the kind of venture capital investment seen for similar companies like “Paddle 8, VIP Art Fair, Artinfo, Artspace, Exhibition A and Collectrium, to name a few. This is without even mentioning deep-pocketed rivals like Art.sy and Chinese Artron.”

The report also says that it was wrong to close the company’s online magazine, Artnet:

Skate’s is convinced that closing the magazine was a mistake; artnet AG should rebuild its media offering by merging its editorial content with its price database and embarking on a journey to build an art-trading support media model that has been implemented in the past by Thomson Reuters and Bloomberg, which successfully integrated data and editorial content in a single suite of information and data services that make those providers indispensable for anyone trading securities these days. artnet AG never had the right management to execute on this vision. While many of its past and current managers were able to contribute to artnet’s media offering, the big picture was always lost. Before closing its magazine, artnet’s management had failed to build advertising sales of any significance and was thus unable to develop even the most obvious source of revenue for its media platform. That failure to build advertising reflects a lack of management skill to make artnet’s media assets yield the return they otherwise would have in the hands of online media business professionals.

The closure of the magazine, one of the first decisions by new CEO Jacob Pabst when he stepped into that role at the end of June, was assumed to be a concession to the Redline shareholders, but Mr. Skaterschikov, in an e-mail, said he never supported its closure. “We always were critical of the loss making nature of artnet magazine operation,” he wrote, “but even at meetings with Hans and Jacob I told them that they should hire professional management to run the commercial side of [the] media business and not to close it all together as the magazine was an essential element of their branding and marketing.”

Last week Mr. Neuendorf seemed confident that he would have the votes to pass his measure and, the report notes, the market seems to agree. With the amendment in place, it’s quite possible that the takeover effort will be abandoned.