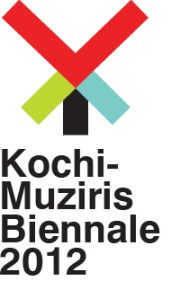 Like many other major cities around the world, Kochi, India, has decided to stage an art biennale with the aim of drawing tourist dollars, attracting international attention and improving the local art scene. Plans for the event, which kicks off on Dec. 12, 2012 (nice marketing: 12/12/12), were announced last year, and some details are now being released in Indian newspapers.

Organizers plan to invite 80 artists (the list has now yet been announce), according to The Times of India, and hope it will attract “at least five lakh”—that’s 500,000—visitors. The Times also has the stunning figure that there are now more than 120 biennials and triennials worldwide.

Artist Balan Nambiar told The Hindu that he sees some parallels between Kochi and Venice, which is home to the prestigious Venice Biennale. Here’s Mr. Nambiar:

Both are port cities and are dotted with bodies and ancient monuments. Having seen 18 Venice Biennales, I think Kochi could also be developed into a great tourist spot like Venice. The proposed biennale is sure to boost the image of the city.

Some artists in the show have reportedly already started to visit the city to do researching for their contributions.

See you in Kochi!