When picking publications to model your fictitious newspaper on, we obviously have a bias. Still, it’s nice to see that the Warner Bros.’ viral marketing team agreed with us, as their late-June campaign for The Dark Knight Rises included clues to unlock the Gotham Observer, a newspaper that bears resemblance to our own organization in title only.

(We would never lead with a cover story on a ‘Festivity Day’…even if it was in honor of a fallen district attorney. Or if we did, we’d make the led much snappier.)

Here are the pages of the fictional newspaper, which you can click to enlarge: 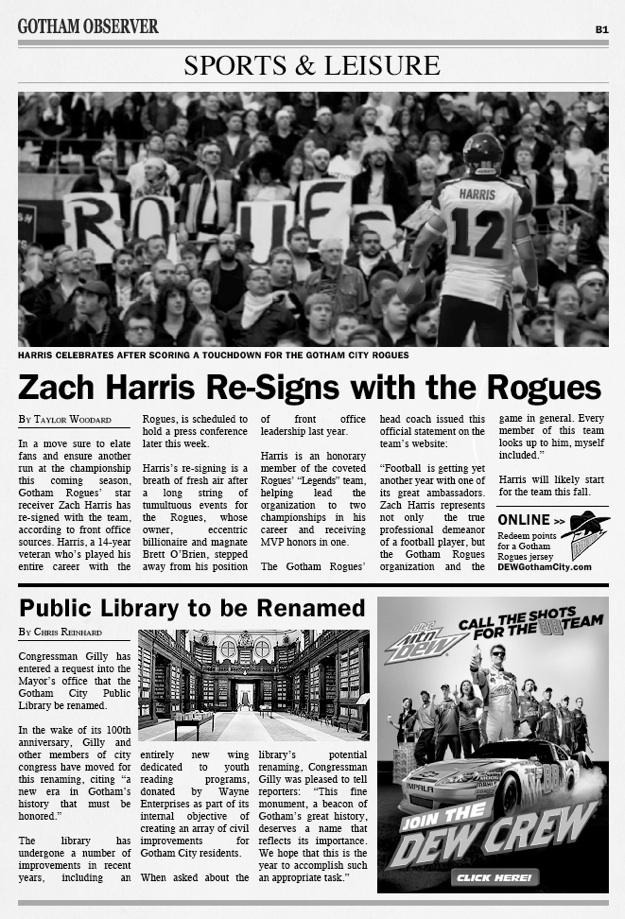