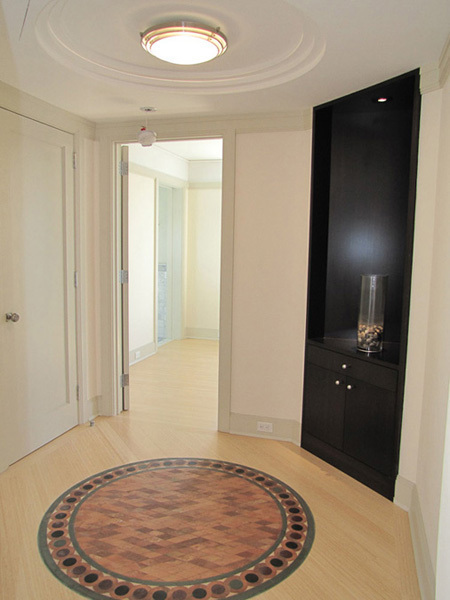 An alcove? An entrance? 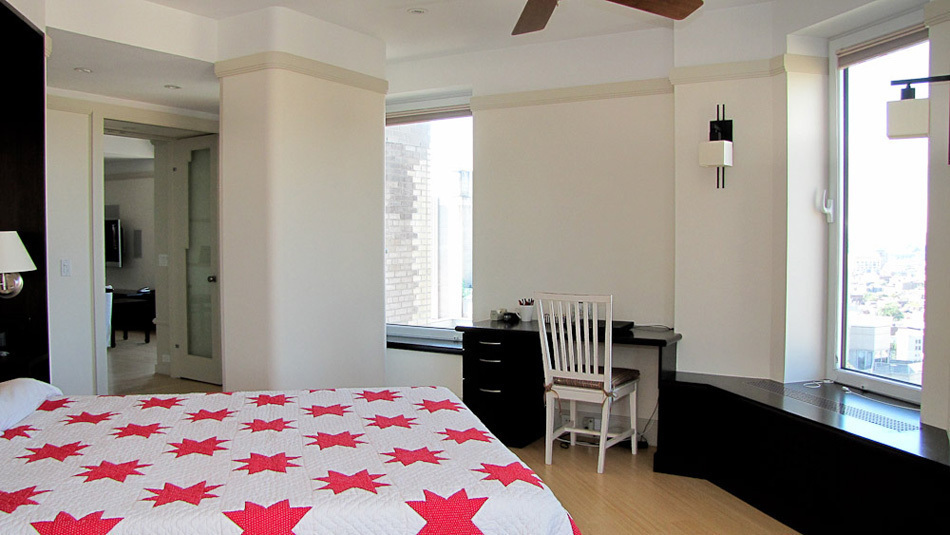 Another weird pillar in the bedroom. 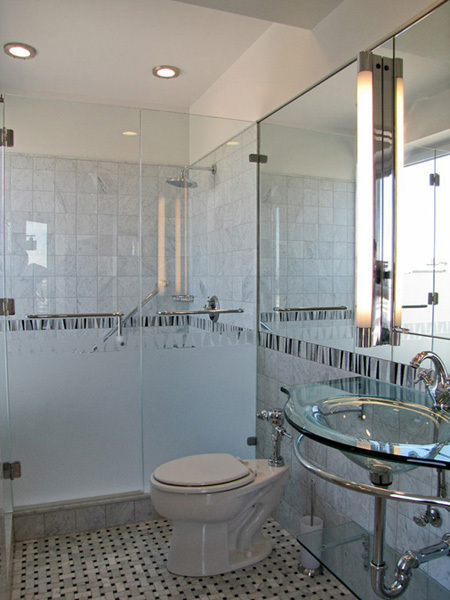 One of two bathrooms. 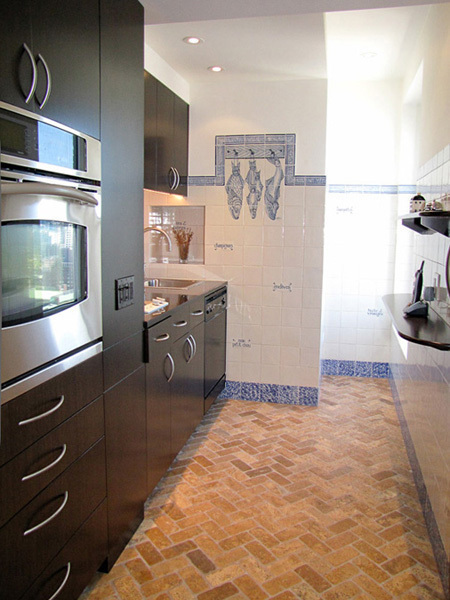 A kitchen. Not that the Horowitzes will need to cook, if they don't want to.
Advertisement 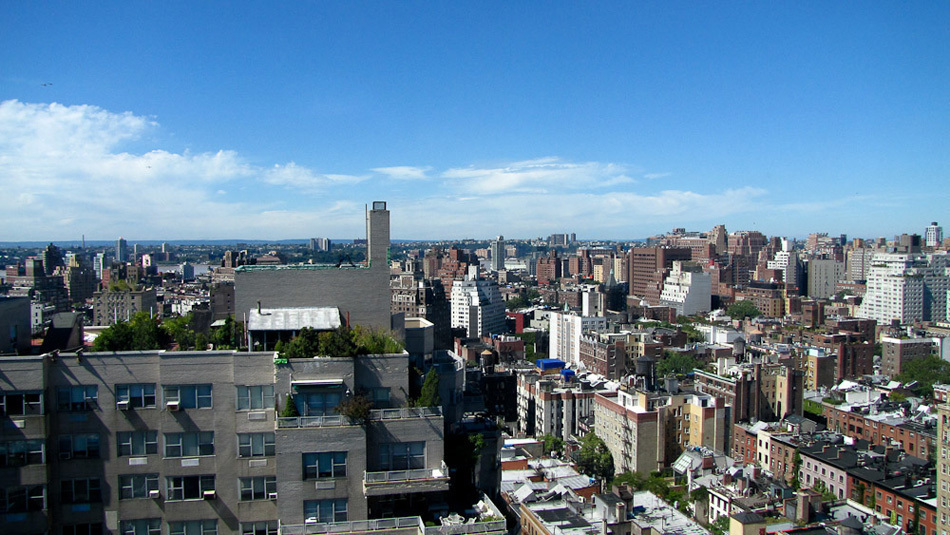 And that's yet another nice view. 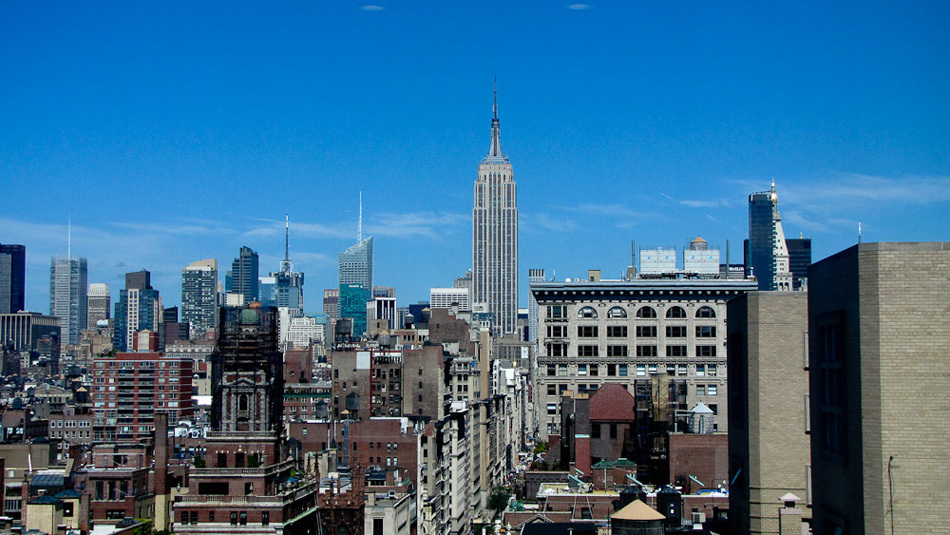 And that's a nice view. 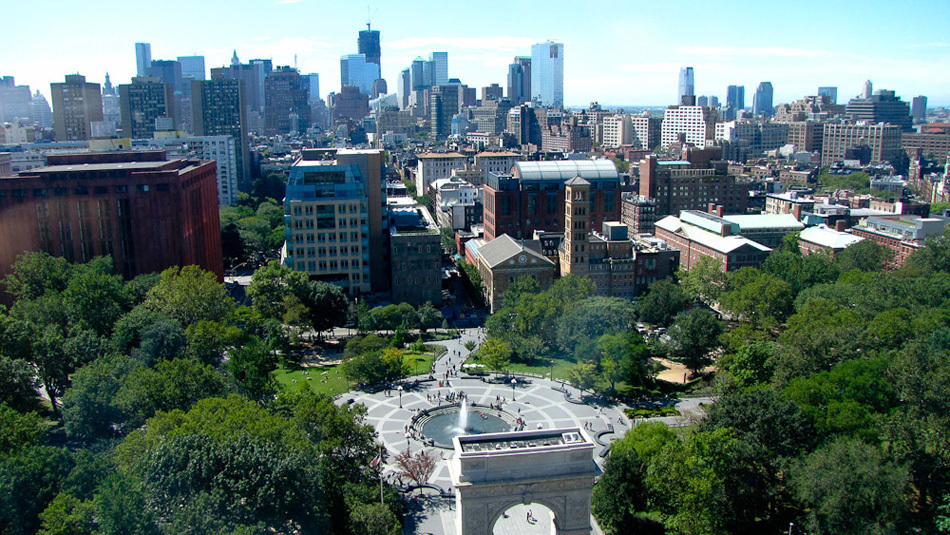 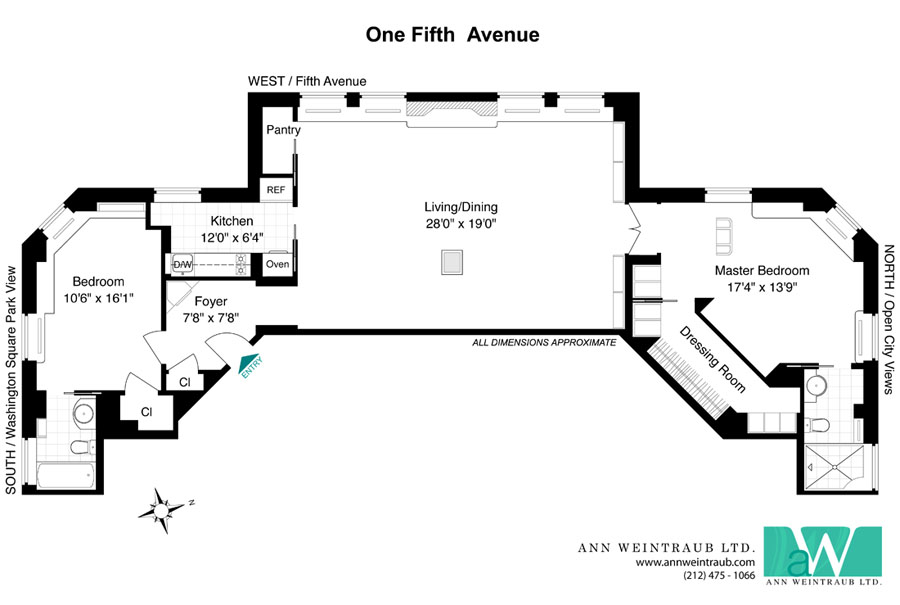 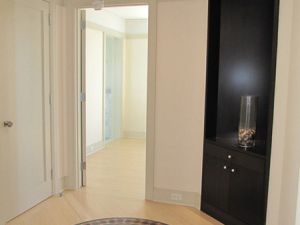 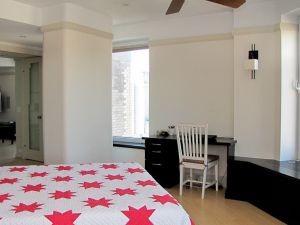 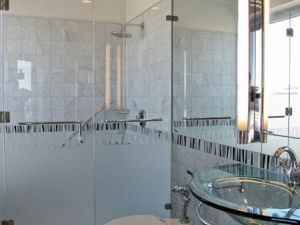 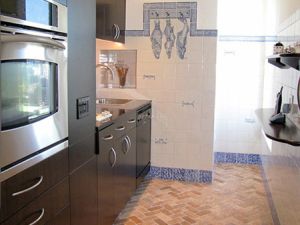 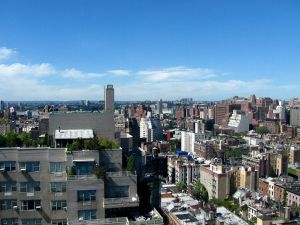 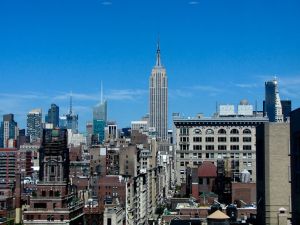 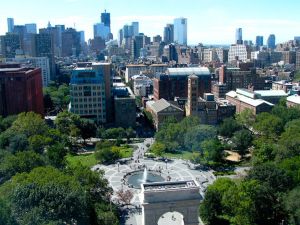 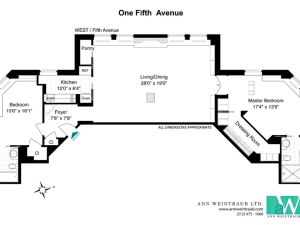 For a man who helped put preppy, all-American apparel on the map, we assumed that Joel Horowitz and wife Ann would have gone for a more traditionally tony precinct. But the Tommy Hilfiger co-founder, ever cognizant of budding trends and tastes, has decided to settle in Greenwich Village.

The couple purchased a two-bedroom on the 22nd floor of 1 Fifth Avenue, according to city records, shelling out $3.5 million, a little under the $3.75 million ask, for what is almost certainly a pied-a-terre.

An apartment in an art deco co-op on lower Fifth is nothing to sneer at, but we can’t really imagine the man who built a 20,000-square foot stone mansion in Lake Tahoe, a.k.a. “Tranquility,” settling for something so small as a primary residence.

There is also, the listing boasts, a double living room. But nothing nearly as grand as Tranquility’s features, which included not only a staircase modeled on the Titanic’s, a cigar lounge, an indoor pool, seven other buildings and its own private lake. (It was most recently in the news for taking a $25 million price cut after lingering on the market for five years at $100 million.)

And it’s not like the last owner of the apartment spent all his time at 1 Fifth, either. The seller was Saul Zaentz, big-time Hollywood producer of such Oscar-winning films as Amadeus and The English Patient, who owned the property under the Saul Zaentz revocable trust, with Alan Hammerman as trustee.