The Olympic torch is making its way around the U.K. ahead of the London games and, tomorrow, artist Tracey Emin will carry the torch when it comes to her hometown of Margate.

The training has apparently not been easy.

“It’s been torch-orous!” Ms. Emin said on the phone today. “And that’s not a joke, I’m terrified.”

The YBA-er, whose works like My Bed (1998) offered a candid look at a bon vivant lifestyle not typically associated with the Olympic games, said that she just returned from France with a bad sunburn—not great against the white Olympic uniform—and has been practicing her jog up the Margate coast by running up and down her studio with a witch’s broom that happened to be lying around there. Her stint with the torch will end at the Turner Contemporary museum (where she currently has a show), and will clock in at a mercifully brief 400 meters. “I mean, nobody’s seen me run since 1978!” Ms. Emin said.

“I’d like to wear my espadrilles,” she added, “as I’ll be by the beach. I don’t think they’ll let me, though, because they’re probably scared that I’ll twist my ankle or something.”

Asked if she’d done any other prep work for the torch carrying, Ms. Emin said “none whatsoever.” Though she did stop smoking nine years ago, which should be a benefit.

Next May Ms. Emin opens a two-gallery show in New York with Lehmann Maupin. She’ll spend a month here this September, the most time she’s ever spent in the city, staying in Louise Bourgeois’s apartment as part of a residency with the artist’s archives, and will make sculptures in her foundry.

As for the Olympics, it’s likely that the officials will get her in sneakers rather than espadrilles.

“I think I will have to jog,” she said. “I might just have to do the whole thing, wear a sports bra, wear the trainers. I might just go for it.”

“I’m going to have a big smile on my face,” she added. 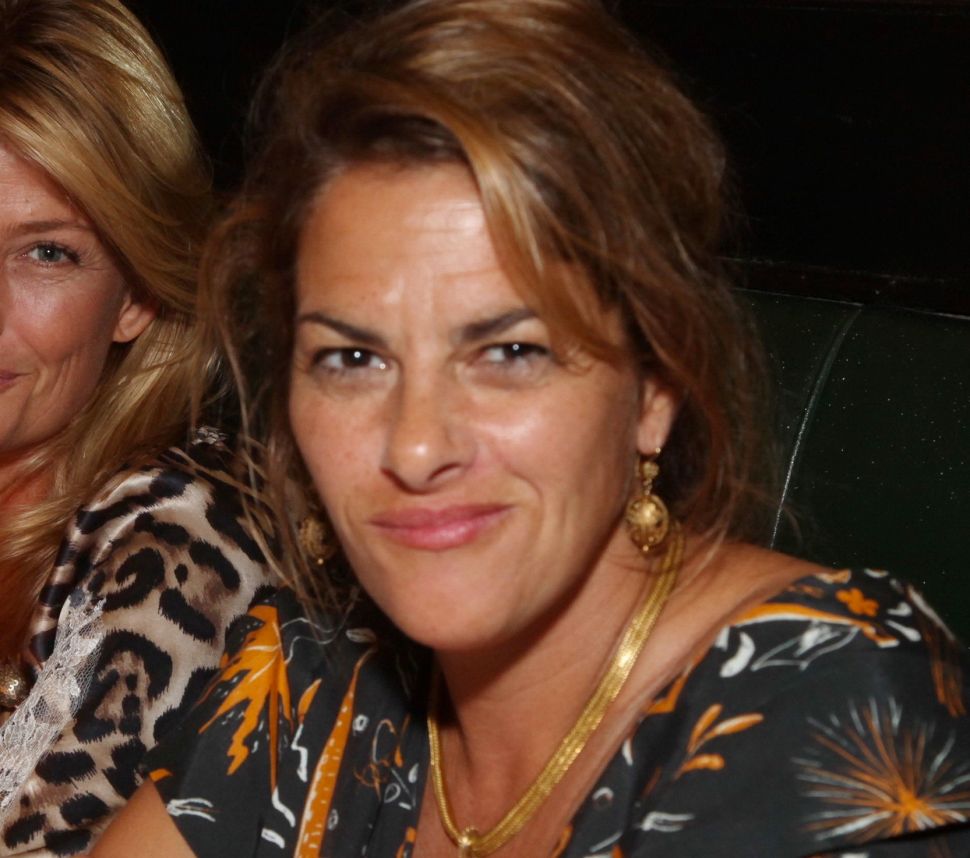