“It’s very sad,” state Sen. Shirley Turner (D-15), Lawrenceville, said hours after the FBI stormed City Hall.  “This is most unfortunate for the mayor, his family and the residents of our capital city, but I’m not going to rush to judgment.”

If the mayor’s in trouble, Turner lamented, “We don’t need any more obstacles in the way of Trenton’s progress.”

“I’m obviously very concerned that Trenton City government is being investigated by federal authorities,” said Hughes. “But until we know the details of the investigation or until charges have been brought, we’ll just have to let this play out.

“It is troubling, however, that there have been documented instances of mismanagement by Mayor Mack’s administration during his two years in office. I believe in leading responsibly, and I feel strongly that all elected officials should serve with transparency and integrity, as has been the hallmark of my administration, and that we be held accountable for our actions.

“This latest investigation on leadership in Mercer County is disconcerting but should not cast a shadow on hard-working elected officials who perform ethically and justly.” 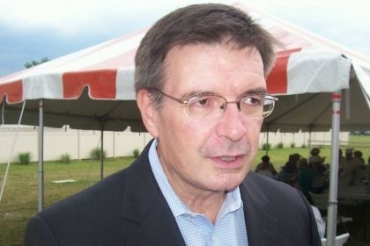