Yesterday, a Reddit user named “delverofsecrets” posted on the social news site claiming that a homeless man had wordlessly handed him a note on the subway encrypted with some sort of code. The site’s users immediately jumped on it, and one named SirSpam28 cracked it: “It uses the Bifid Cipher as I said before, with a g -> a alphabet translation,” he wrote.

The code apparently translated as:

Later, the OP claimed another code was sent to him as a Reddit direct message, and that it translated to:

YOU HAVE MANAGED TO FIND THE MESSAGE WITH THE HELP OF FRIENDS. YOU CHANGED THE RULES NOW SO WILL I. JULY TWELVE FOUR PM. FIND THE BLUE JAY AT SIX AND A HALF AND FIFTY SIXTH AND TELL HIM YOU ARE THE LAST

A whole host of conspiracy theories were tossed around the thread. Was it a viral marketing scheme for The Dark Knight Rises? (The original meeting date–July 19th–is the movie’s North American premiere date.) Or was it a marketing scheme by BASE Entertainment, a company behind the new SPY Exhibit at Discovery Times Square, whose offices are in a building near the meeting spot? Was it an alternative reality game? Or… was it just a random crazy homeless man being random and crazy?

It turns out it was kind of a little bit of all of them? Or none of them. Betabeat went to check it out and to be honest we are are still kind of reeling from the experience.

We arrived at 56th St. and 6 1/2 Ave. thinking that 10, maybe 15 people would have gathered. By the time we got there–right around 4 p.m., when whatever was happening was supposed to happen–there were at least 150 people there. We shimmied up to two Marymount Manhattan students and asked if they were here for “the Reddit thing.”

“Oh, we were like the third people here,” said the girl, a lithe brunette named Kristen who was wearing musical clef earrings. Devoted!

Kristen explained that she had eagerly followed the post’s updates last night on Reddit, and when she ran into her companion, Dave, at the library on the way to the meeting spot, he decided to come along.

The two thought–or were hoping–that it was a bit of viral marketing to quench their intense fandom.

“I think it’s Dark Knight Rises marketing, because it fits in with a bunch of the viral marketing they’ve done before,” said Dave.

“My thing is though, if the Riddler was in this movie then I would say yes, definitely, Dark Knight. But there’s no Riddler in this movie that we know of so it doesn’t make sense,” Kristen argued.

What did you initally think the post was about? we asked.

“Oh, some Redditor whoring for karma,” shot back Dave.

Betabeat waited around some more and chatted with other Redditors nearby. A massive crowd was forming–people who had no idea what was going on were just stopping to gawk, muttering to each other in clipped phrases. “What’s going on?” a guy in a business suit asked us. We just shrugged, figuring it was easier than going into detail.

Around 4pm, an older man with a long white beard and white hair walked by wearing a blue t-shirt and a blue bucket hat. The crowd immediately swarmed him, thinking that he was the “Blue Jay” that the note had advised to look out for. The man, taken aback by the massive crowd that had suddenly formed around him, muttered some unintelligible stuff and did his best to slip through the throng.

The Redditors had mistakenly swarmed a random “homeless-looking” man in blue. Oops.

Around 4:15 p.m., people began to grow impatient. “How long do we wait?” wondered a guy in a blue and white striped baseball t-shirt.

“I feel like nothing will happen…but it was still fun!” exclaimed another Redditor nearby.

The Kreuger brothers–Justin and Paul–had another theory about what had happened.

“The guy [in blue] who passed by–I know him, he’s a little out there,” said Justin Kreuger. “He used to come by a bar that I used to work at. He didn’t drink–he came for the opera music. Now I’m thinking he just got overwhelmed and didn’t know what this was, but the guy is supposed to be a genius so it could’ve been him.”

Mr. Kreuger said the man doesn’t normally wear all blue, so it did seem like a strange coincidence.

“I think it’s just a big hoax,” an employee of the Russian Tea Room confided to us while surveying the crowd.

Around 4:45 p.m., people were starting to grow desperate. The crowd had thinned, and about 30 hardcore code breakers remained. One Redditor would stride off confidently in one direction, and everyone would wordlessly follow him or her for no obvious reason, thinking they had discovered a lead.

It was like a real life incarnation of the hive mind.

The phenomenon happened to this reporter, when she went into a nearby building to ask about the marketing company that occupied its 14th floor, and soon found that the entire lobby had filled up with curious Redditors.

At around 5 p.m., the original poster (or OP) of the code–delverofsecrets–showed up in a Yankees hat and messenger bag. Betabeat saw him first and cornered him, wanting to ask him some questions. He said his name was Ali.

We expected him to dramatically reveal that it was all a viral marketing scheme and he’d been in on it the whole time. But he vehemently denied that he had anything to do with it.

“Wow, you’re asking a lot of questions, are you with the FBI or something?” asked a blonde woman with an accent observering our conversation.

We walked with Ali over to the crowd and he was immediately mobbed by his fellow Redditors–and a team from Mashable wielding a video camera–who begged him to show them the paper with the code on it. He produced it and everyone took pictures. He said he still had no idea what was going on.

“Why were you late?” asked one Redditor.

“I was busy,” he said. No one seemed angry, just excited to be in the presence of someone who had become a Reddit celebrity over night.

Soon the NYPD showed up in full force and attempted to disperse the crowd. We were growing tired (and sunburned) from standing around in the heat for so long. We stuck around a little while longer, hoping something would happen–but nothing did. No blue jay, no job offer–not even a lame marketing scheme. It was starting to all seem like a hoax, just like the Russian Tea Room employee had guessed.

As we began to walk off, we saw a police officer questioning Ali–he was trying to explain the complicated backstory, and the cop was taking notes, but looked rather confused.

“If he’s lying about the story, then he’s lying to police,” we noted to a fellow Redditor. It seemed doubtful that he’d do that. Suntired and vaguely disappointed, we decided to head back downtown.

When we arrived back at our desk a little while later, we checked the Reddit thread for any updates. “OF COURSE IT’S FUCKING FAKE, what do you expect?” read the top comment. “Still, that doesn’t mean it’s not valuable or unfun.”

UPDATE: Around 10:30 a.m. on July 13th, Ali updated his post saying that he had received death threats against his family and as such was deleting his account:

Received a phone call today threatening violence against me and my family, going so far as to name members of my family and their addresses, unless I delete this post. The caller also told me not to show up on the 19th and to inform anyone planning to show up on the 19th that nothing would happen. This will be my last message from this account before I delete it. I’ll also be changing my number later today. I am sorry if a resolution to this never happens, but I’m not willing to risk my family’s safety for a few extra dollars.

Throughout this experience, the feeling that Ali was a part of cultivating the mystery was something that Betabeat couldn’t swat away. Maybe he freaked out when it got as big as it did and went looking for a way to quash it. He seemed curiously unmotivated to ever find the answer for himself and was an hour late to his own meeting. Faking death threats would be an easy way to avoid having to deal with the incident. But of course, there is a chance the threats are real and he’s as innocent as he says. At this point, the whole thing still remains a frustratingly stupid mystery. 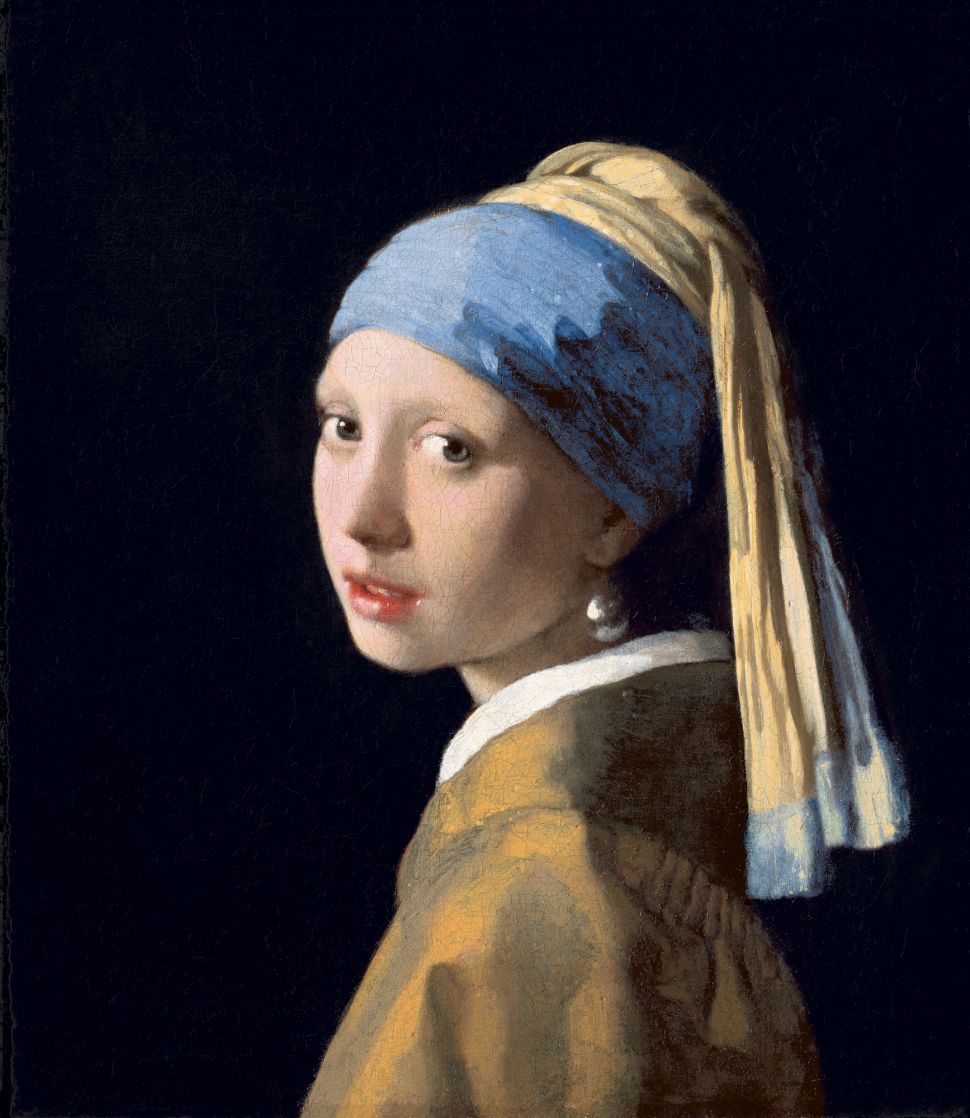