HACKENSACK – When his helicopter landed here this morning, Gov. Chris Christie stepped into a political warzone newly inflamed by comments Bergen County Republican Organization Chairman Bob Yudin made to columnist Charles Stile in this morning’s edition of the Bergen Record.

Having just survived an onslaught in part engineered by state Sen. Kevin O’Toole (R-40), Yudin said he hasn’t decided yet whether he would give O’Toole the line.

“I’m not going to get involved,” the governor said of the ongoing feud. “I’ll have conversations with Republican leaders.”

PolitickerNJ.com asked the governor if he could today confidently declare his support for O’Toole and Rumana.

“Kevin O’Toole is an outstanding state senator,” said Christie. “He does a great job. Scott Rumana and (Assemblyman) Dave Russo do a great job for District 40. …I have a great relationship with all three of them. Kevin is one of my closest allies.”

Christie refused to fret out loud about the civil war, which terminally ensures that at least half the party will show up at any given event. 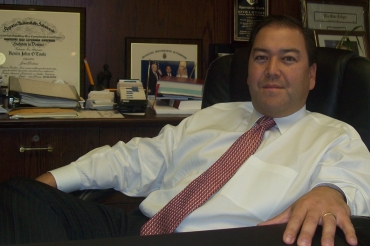