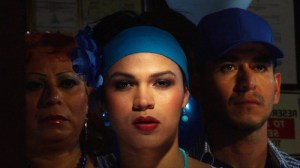 A still from “Wildness.”

Wildness, a documentary by the artist Wu Tsang, won the Grand Jury Award for Outstanding Documentary Feature Film today at this year’s Outfest, the 30th edition of the Los Angeles gay and lesbian film festival. The Hollywood Reporter has the story.

Wildness tells the story of a transgender bar in L.A. that catered to alienated Latinos and Latinas of that persuasion.

I wrote about Wu Tsang when he became the first artist to ever appear in both the Whitney Biennial and the New Museum Triennial in the spring.