More than 13 months ago, Bergen County Freeholder David L. Ganz (D-Fair Lawn) put a yellow ribbon on his 5th-floor office door located in the county administration building to mark his U.S. Army combat engineer son, Scott H. Ganz, being sent overseas to serve at a forward operating base in Afghanistan.

“It’s a reminder of the service that Scott has performed  for his country,” said Ganz, who, with 10 years service  is the longest serving Democratic freeholder in the 300-year history of the board, which acts as a county legislature.

The freeholder, who turns 61 on July 28, called Scott’s rotation home a “wonderful birthday present.” It is for both of them, because his son, an  “Explosive Ordnance Disposal” specialist, is a reservist who grew up in Fair Lawn and now lives in the Orlando, Fla. area. He celebrates his 30th birthday on July 31.

For roughly the next two weeks, E2 Specialist Ganz will be debriefed in Texas undergoing routine end-of-tour physical and medical procedures, before shippping back to his fiancee in Orlando, and the decisions that a returning veteran has to make about the first day of the rest of his life.

“Even though I’ve taken the yellow ribbon down from my Freeholder door, and from the tree in front of our home,” Ganz said, “the resolution I drew up several years ago requires there to be a yellow ribbon around a post at each county office building in honor of American troops.” 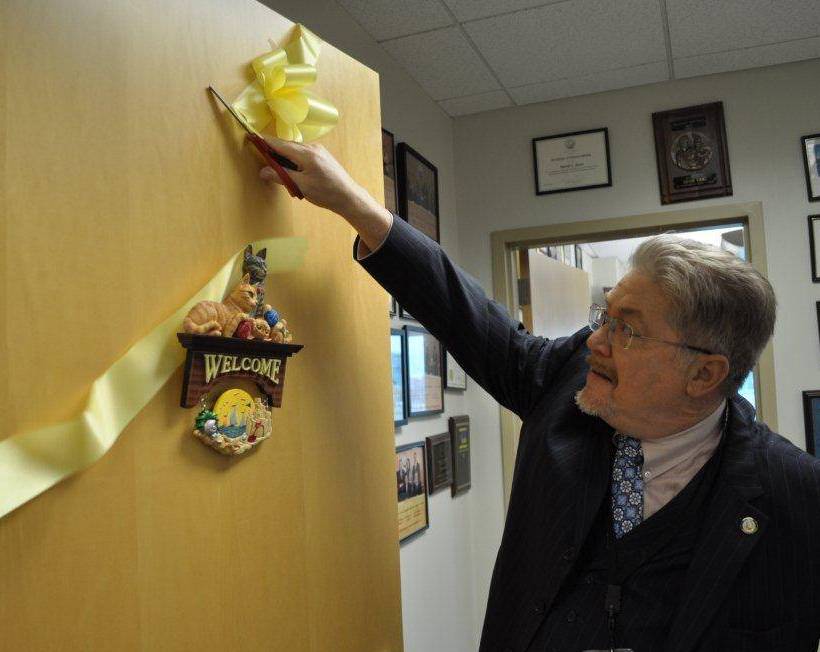