You read it here first, as usual.

When Maryland Gov. Martin O’Malley has his showdown with Gov. Chris Christie in the 2016 presidential race, look back at the following quote…

“Tonight, Chris Christie, the governor with the fourth worst economic record in the nation will keynote the Republican convention on behalf of Mitt Romney, a former Governor whose stewardship made his state rank 47th in job creation,” said O’Malley, unnerved by the GOP’s decision to give Christie what amounts to the party’s anchor leg as convention keynoter.

“What we know will be lost in the bluster of tonight’s speech are these simple facts: neither Governor Christie nor Mitt Romney has a record of creating jobs or strengthening the middle class,” O’Malley added. “In fact, the policies they support—letting Wall Street write its own rules and giving massive tax breaks to millionaires and billionaires on the middle class’ dime—are the same policies that devastated the middle class and crashed the economy in the first place. We can’t afford Romney Economics.” 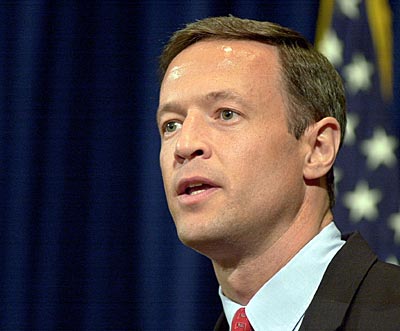