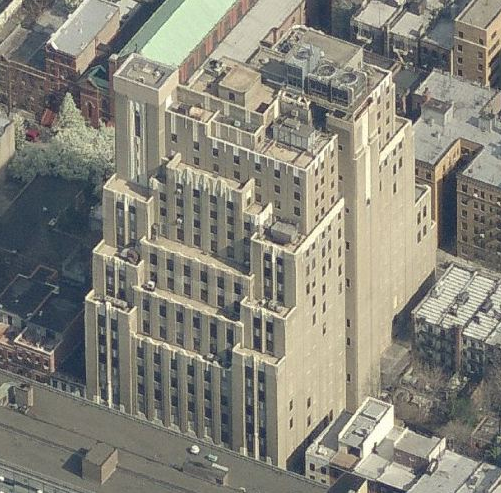 Check out those swank setbacks. 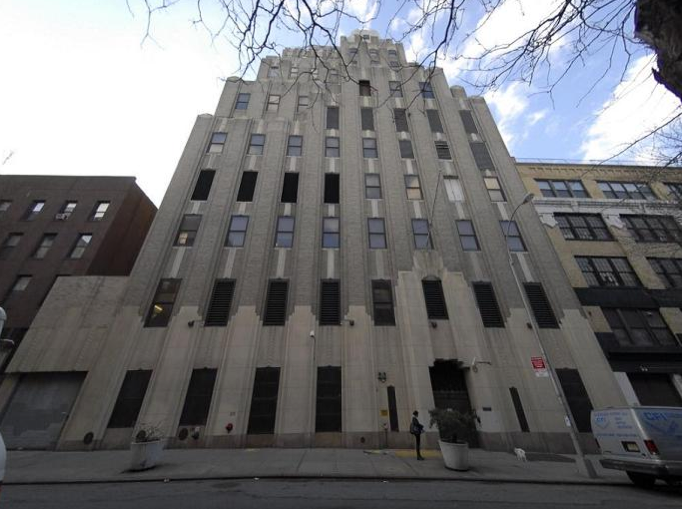 The building has a commanding presence on the block. 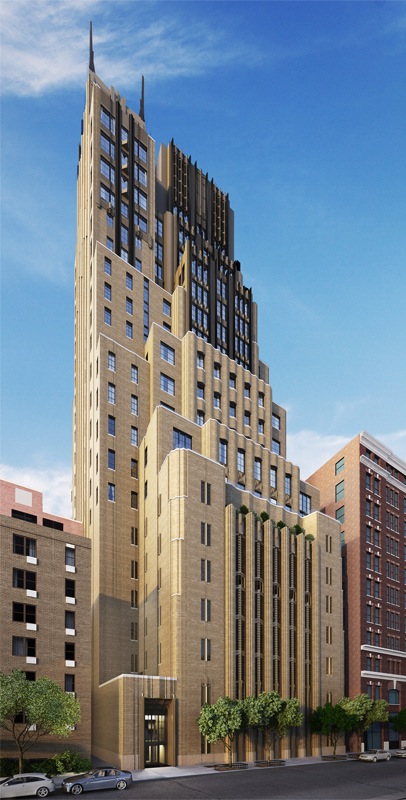 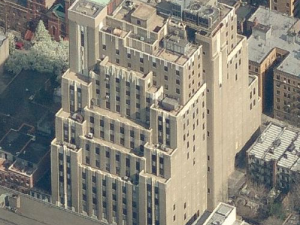 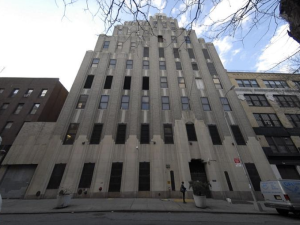 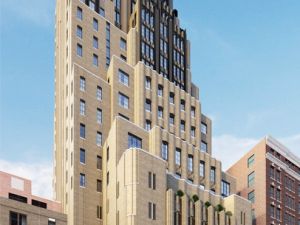 In an unassuming corner of the city, perhaps the last one left, an under-appreciated brick building is about to undergo a transformation into yet the latest luxury development to hit a city that always seems to have room for another. The tan- and yellow-brick pile sits in the middle of West 50th Street between 9th and 10th avenues, on the border between Hells Kitchen and the neighborhood that suddenly seems to be blossoming along the river as the Dursts, Walentas and others assemble shiny new apartment towers just to the northwest.

Yet 435 50th Street is anything but flashy and new. A throwback in the grandest sense, in that it is a far bit better than the original, the project is the second coming out for Ralph Walker, the long-forgotten AIA president and Art Deco master who dotted the city with at once industrious and luxurious old towers for the New York Telelphone Company. It is noveau prewar of the first order.

The first such was the now eponymous Walker Tower, just off Sixth Avenue between 17th and 18th Streets, where developers JDS Development and PMG hope to achieve some of the highest prices not only downtown but in the entire city, including a possible duplex penthouse overlooking Chelsea and the Village asking $94 million. Walker also designed such tough jewels as 1 Wall Street and the Barclay Vesey Building, landmarks you never knew you knew.

On West 50th Street, the plan is much the same. JDS and PMG bought both the West 18th Street building and the West 50th Street building from Verizon, which retains control of the lower floors for office and operations while the developers assemble grand condos above, designed by Cetra/Ruddy. The developers paid $20 million for the latter building last July, and according to city records, Barry Sternlicht’s Starwood Capital—also a backer in the Chelsea project—just injected $25 million into the project last week.

“Construction is under way and we expect to complete the project in early 2014,” JDS principal Michael Stern said in a brief statement.

The project is expected to come on the market some time next year, and renderings show new windows added to the grand 1930s facade but little alterations beyond that. The exact price of the renovation was not given, but for comparison, the one at Walker Tower is set to surpass $200 million.

All told, there will be somewhere around 65 and 70 units on floors 10 through 17. Prices have also not yet been set, and while this building might not have the same commanding views or white hot neighborhood to boast, the area is certainly on the up and up. And so, too, is this new building.