“Normal guy” Brett Cohen punked a bunch of Times Square tourists recently when he hired a crew of cameramen, bodyguards and assistants to follow him around 42nd Street and pretend like he was somebody special. It totally worked! People thought he was famous and tried to get his autograph or have him pose for a picture while pretending to know who he was or why they should care about him. Because, you know … sheeple.

He dressed up like a typical celebrity and was accompanied by an entourage of two professional bodyguards, two assistants, and photographers pretending to be paparazzi. While the assistants and photographers waited for Brett to exit the 49th street marquee at NBC Studios, they started a buzz that a “big star” was about to walk out, thus making it worth their while to wait and get a picture. Many asked the crew whom Brett was, and no answer was given. They were forced to either make something up, or just take a picture with him in hopes that their Facebook friends or Twitter followers might have a better idea.

This social experiment, of sorts, makes a profound statement about how modern culture is so attracted to pop culture, without any real credibility needed.

Ugh. No. Sorry, it’s not a “profound statement” to grab the attention of hordes of people in Times Square, especially when you have scouts running around announcing the arrival of a famous person. We’ve literally seen crowds form 50-deep on 42nd Street to gawk at a horse taking a dump, or a small person in a foam outfit. In one unfortunate incident, foot traffic stopped entirely so everyone could crowd around a guy who they thought was some sort of magician/street performer but turned out to be a severely schizophrenic person who kind of looked like Criss Angel. You’d think that people would be able to tell the difference, but this is a patch of Manhattan where the Naked Cowboy is an attraction, not a deterrent, so there you go.

People in Times Square will literally stop and photograph anything. That’s why it takes half an hour for your cab to get through Midtown, regardless of the time of day.

So what did this experiment actually prove? It proved you could get a bunch of gullible foreigners to look silly by having your cameraman ask leading questions about your hit single or your acting career. Though in all honesty, a number of people seemed to legit have you confused for Spider-Man: Turn Off the Dark’s Reeve Carney. (Though a much more obvious celebrity lookalike would have been Andrew Rannells, or possibly Seth MacFarlane’s younger brother.)

Or maybe it proved that if you spend enough money on a fake entourage, you can be important to a bunch of strangers who won’t remember who you were the next morning.

Or maybe you just proved that Andy Warhol was exactly right about the future of celebrity.

Or, most likely, you just proved to your parents that sending you to college was a terrible idea, since you just ended up pulling this shit with cash you could have used to pay off your student loans. 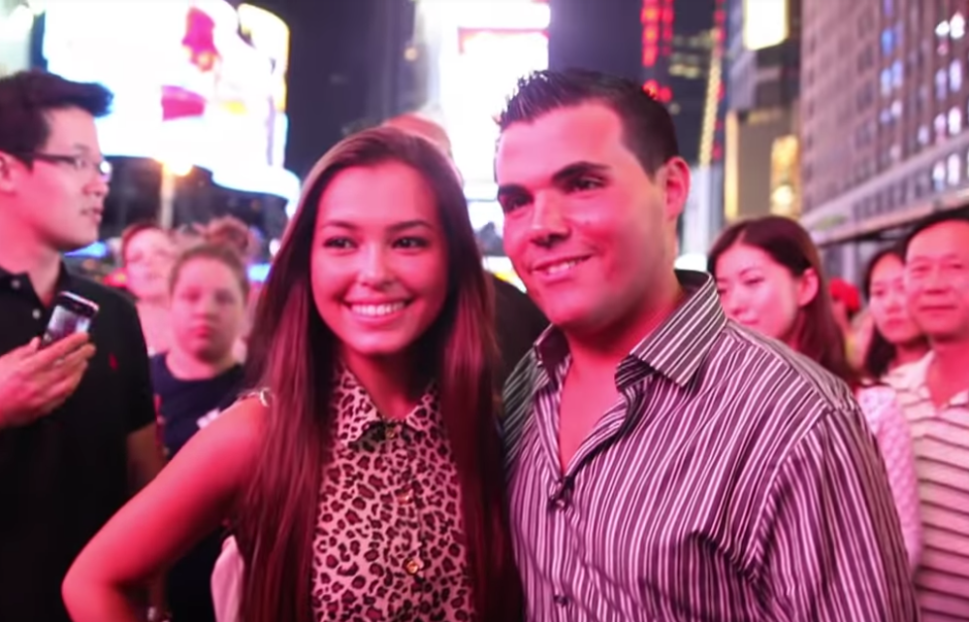