David Pogue lost his iPhone, and Apple has yet to send a Cuban hit squad after its captor. What do New York City’s Power Editors eat for breakfast? A new nominee for “Most Disturbing Opening Sentence, 2012” emerges. What New York Post writer did The Daily editor-in-chief/New York Post higher-up Jesse Angelo sit next to when he was coming up at the paper (and yet: did not invite to his wedding)? Finally, happenings at a local newspaper make local news. Here are your Thursday Evening Media Briefs:

Pogue’s Phone Goes Rogue: New York Times technology columnist and living Times standards exemption David Pogue has lost his iPhone! He is a known fan of Apple products (and has also written some books about how to make the most out of them) but Apple has yet to respond to this crisis in the form of a Black-Ops Phone Recovery Delta Squad. Instead, it is the Gawker Media blog Gizmodo: Nerds With Attitude™ since 2002—that roguish buyer of secondary market iPhones and Apple’s Public Enemy #1—that has come to the rescue. Lo and Behold, with the forces of Apple, David Pogue, Gizmodo, and The Police-Surveillance State, this crisis has been resolved amicably. [Gizmodo]

Power Editor Eats Proper: The Editorial Director of Fairchild Publications, Peter W. Kaplan, has a grapefruit—the august King of the Citrus Family—and coffee, black—really, the only way it should be consumed— for breakfast every morning. Someone get this man a serrated spoon. [BonAppetit]

Televised News Still Not Up To Sorkin Standard: Either cable news networks or their viewers are too stupid to understand the LIBOR scandal. [Huffington Post]

More Than Enuffington: The Huffington Post’s tablet magazine went from “$1.99 a month” to “Free-Ninety-Nine a year” in just five issues. [Capital New York]

Peacock Just Don’t Give a Care: All your noise about how awful NBC’s coverage of the Olympics has been? Your petitions and your blog posts and your Tweets? Sorry, but NBC could care less. They think this thing has just been going gangbusters. [All Things D]

Young People To Eat Old People, Who Will First Eat The Young People’s Words: What’s the future of the Observer’s dining desk look like? How about: Someone trying to figure out what this 17 year-old editor-in-chief of his own food magazine is doing correctly, and shamelessly replicating it so they don’t trample us on the way up. [Chicago Reader]

Ever Upstream: Habitual gambler and erstwhile Portfolio blogger Felix Salmon offers his keen-eyed commentary on the events of the day. [Felix Salmon’s Tumblr]

New York Post Brass Snubs Hard-Nosed Underling: When the Post‘s Media Ink columnist Keith Kelly called this writer at his desk this afternoon to discuss various administrative comings and goings, he was helpfully referred to speak with the actual parties about whom he had inquired. We also took the opportunity to learn from Kelly that The Daily‘s Editor-in-Chief and New York Post executive editor Jesse Angelo sat next to Kelly as a plucky young Post-ie, and yet, Mr. Kelly was not, in fact, invited to Angelo’s wedding (but Maury Povich was?!). He had to learn about it from the paper’s Administrative Weddings section. [Page Six]


Local Newspaper Makes Further Administrative Changes: New York Observer managing editor Michael Woodsmall has been rotated out of the local weekly newspaper’s softball lineup against The Nation tomorrow night, for which he provided some terrible excuse about having to go watch Ichiro Suzuki play against his former baseball organization, the Seattle Mariners, later in the evening in The Bronx, at Yankee Stadium. Observer alumnus and 2011 Media Power Bachelor Nate Freeman has been rotated into the lineup as his interim replacement, but his fielding position has yet to be decided. De facto Observer softball captain Daniel Edward Rosen declined to comment on the lineup change. 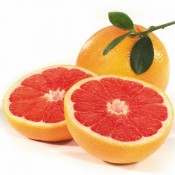