It’s raining me…dia items. Hallelujah. With so much to get through today, rather than act out the pretense that people are ever going to click on media news roundups from a landing page, we’re just going to skip the obligatory formalities of teasing anything out and just get right into them. Starting now.


As such, here are your Wednesday Evening Media Briefs.

TBD’s Fate is Now “D.” Hyperlocal DC news site TBD.com—which, by all accounts, was halfway decent until it was shut down—has now been shut down for what’s likely the last time. Watching former TBD editor Erik Wemple have to eulogize it at the Washington Post is bittersweet, especially since the kind folks at the Post (namely, Paul Farhi) were once so welcoming of their new competition (then again, Wemple, a fine journalist himself, is employed as he should be). [Washington Post]

Snake Eats Own Tail: Speaking of schadenfreude and Paul Farhi—who ESPN’s Tony Kornheiser once called a “duplicitous snake”—today, Paul Farhi is being corrected…for his attempt at putting the paddle to currently embattled Washington Post contributor Fareed Zakaria. Farhi wrote a piece on Monday in which he raked Zakaria over the coals, and accused Zakaria of journalistic malfeasance by way of quoting a source without mentioning that the quote appeared somewhere else years earlier. As Politico’s Dylan Byers put it: “Farhi apparently did not consult the passages in question.” A few hours later, this correction is printed:

The Post should have examined copies of the books and should not have published the article. We regret the error and apologize to Fareed Zakaria.

Paul Farhi, as far as we can tell, still works at the Washington Post. [Politico]

Jodie Foster, Faithful Daily Beast Reader and Writer. The Daily Beast sure loves itself some big-name contributors. Take, for example, today’s essay by Jodie Foster, in which she laments the frenzied celebrity media culture that surrounds people like Kristen Stewart, whose recent breakup with Robert Pattinson has been extensively documented by what Jodie Foster calls the “gladiator sport of celebrity culture.” Thankfully, she is writing for a news outlet that would never stoop that low. [The Daily Beast]

Donald Trump Writes Off Evil Hack Blogger, Who Is Now Obviously Irrelevant: It was suggested that—due to some relation among higher-ups—The Observer wouldn’t touch this thing involving Loser Salon™’s own news terrorist, pathological liar, and North Korean-born teenage vampire Alex Pareene attacking the good and unsullied name of thrice-over gajillionare and macro-economic powerhouse/pending MacArthur Genius Grant for Money recipient Donald Trump, chairman and CEO of The Trump Corporation LLC, creative mastermind behind NBC’s hit television ratings behemoth The Apprentice, a renowned sportsman-cum-environmentalist who cares about the economic state of all Americans just as much as he does the fact that they take their vitamins. For whom anything from a historic neighborhood that once saw the sun to beautiful rural Scottish moorlands that have been untouched for generations to outer space represents nothing but opportunity for monumentally prosperous, important, and occasionally profitable human endeavor? The Donald Trump who bravely dared question the authenticity of a (in all likelihood, treasonous) anti-American American president’s birth certificate in the face of the countless experts who contradicted that claim and The President of the United States presenting the birth certificate himself on national television, not just before all of that, but after it, too? The same Donald Trump appearing at this year’s Republican National Convention, where they will salivate for him to run for High Office again, but are obviously unworthy of such refined leadership, so they’ll have to settle with simply having their minds blown and hearts won over? That Donald Trump? The fact is, a journalist being smashed off the face of the planet by the withering, blistering, face-melting parenthetical wit that is Donald Trump’s is, in fact, news, and worthy of being covered. As such: Alex Pareene wrote a bunch of lies and terrible things about Donald Trump, and—as he’s already done to Vanity Fair‘s Juli Weiner and ProPublica’s Justin Elliot before him—Donald Trump wrote him out of history. Forever. The entire thing was pretty funny. [Loser Salon™, @RealDonaldTrump, Loser Salon™]

It’s Like His Girl Friday Meets The Departed: Speaking of honorable types, the staunch ethicists at the top of News Corp are taking further action to root out any unsavory journalism practices tainting the high standards to which they hold their profession, and sacred strictures by which they abide. They’re launching an “Anti-Corruption Review” which, according to Rupert Murdoch himself, “not based on any suspicion of wrongdoing by any particular business unit or its personnel” and called it a “forward-looking review.”  [Guardian UK]

More Like ‘State of Lame’: On that note, here are newspaper films, ranked by popularity via Netflix. [Romenesko]

Daisey and Confused: Former This American Life contributor Mike Daisey thinks tech writers don’t do their jobs, and implores them to not just swallow Apple’s press lines. He also recognizes that he’s had his own journalism problems, but isn’t the entire problem that he tried to pass it off as journalism and that he’s not in much of a place to speak to journalism ethics to begin with? You decide. Either way, he’s right about at least part of this. [Mike Daisey]

Conde Nast Does Not Have a Company-Wide Policy Regarding Jonah Lehrer: Well, he may not work at The New Yorker anymore, but Jonah Lehrer will possibly continue to write for Wired, reported Buzzfeed’s Ben Smith. Wired later posted a statement saying they haven’t fully made the decision yet, though the outlook isn’t so grim. We’re not the gambling types, but we will take odds that if it goes through, Lehrer’s next Wired piece written post-Lehrergate will be about what it’s like to be at the center of an Internet “Snarkstorm” or somesuch business. [Buzzfeed, Wired]

On The Matter of Piers Morgan’s Waning Influence. Well… No Sweet Home: Finally, to end on a depressing note, this writer’s hometown newspaper just laid off five more staffers. Here’s hoping they don’t go on to become “International Bestsellers” in their next career. [Romenesko] 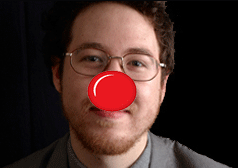