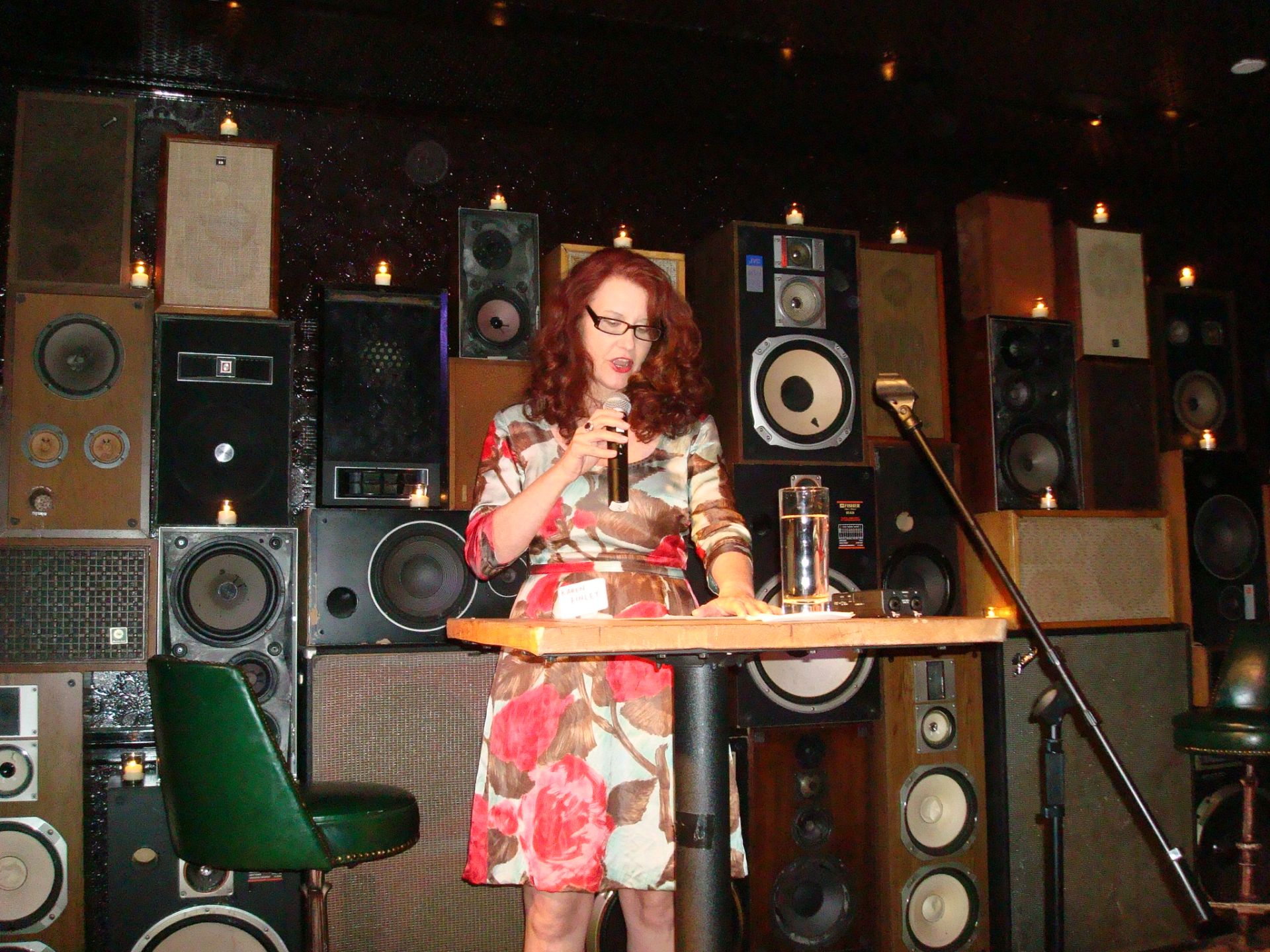 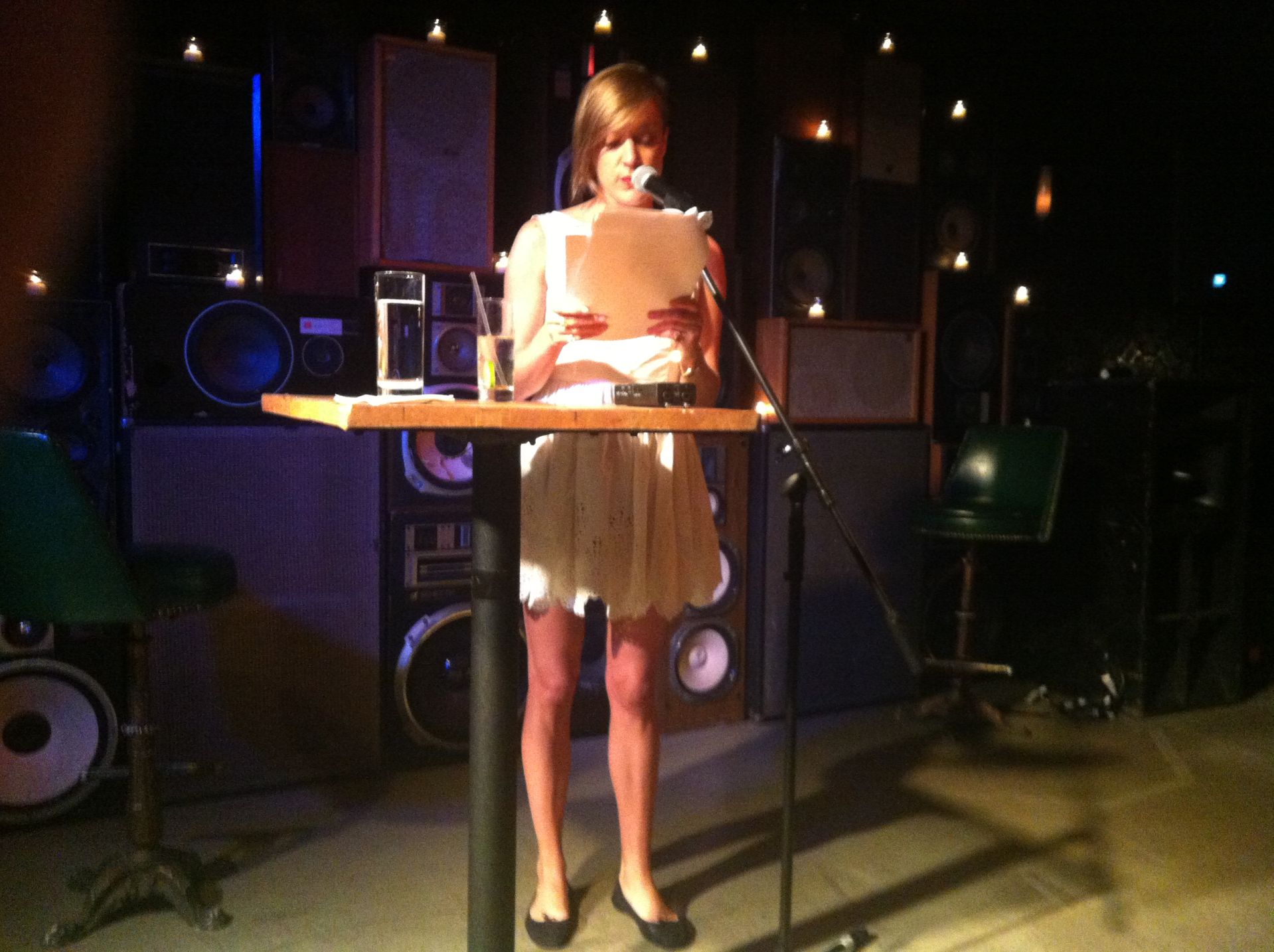 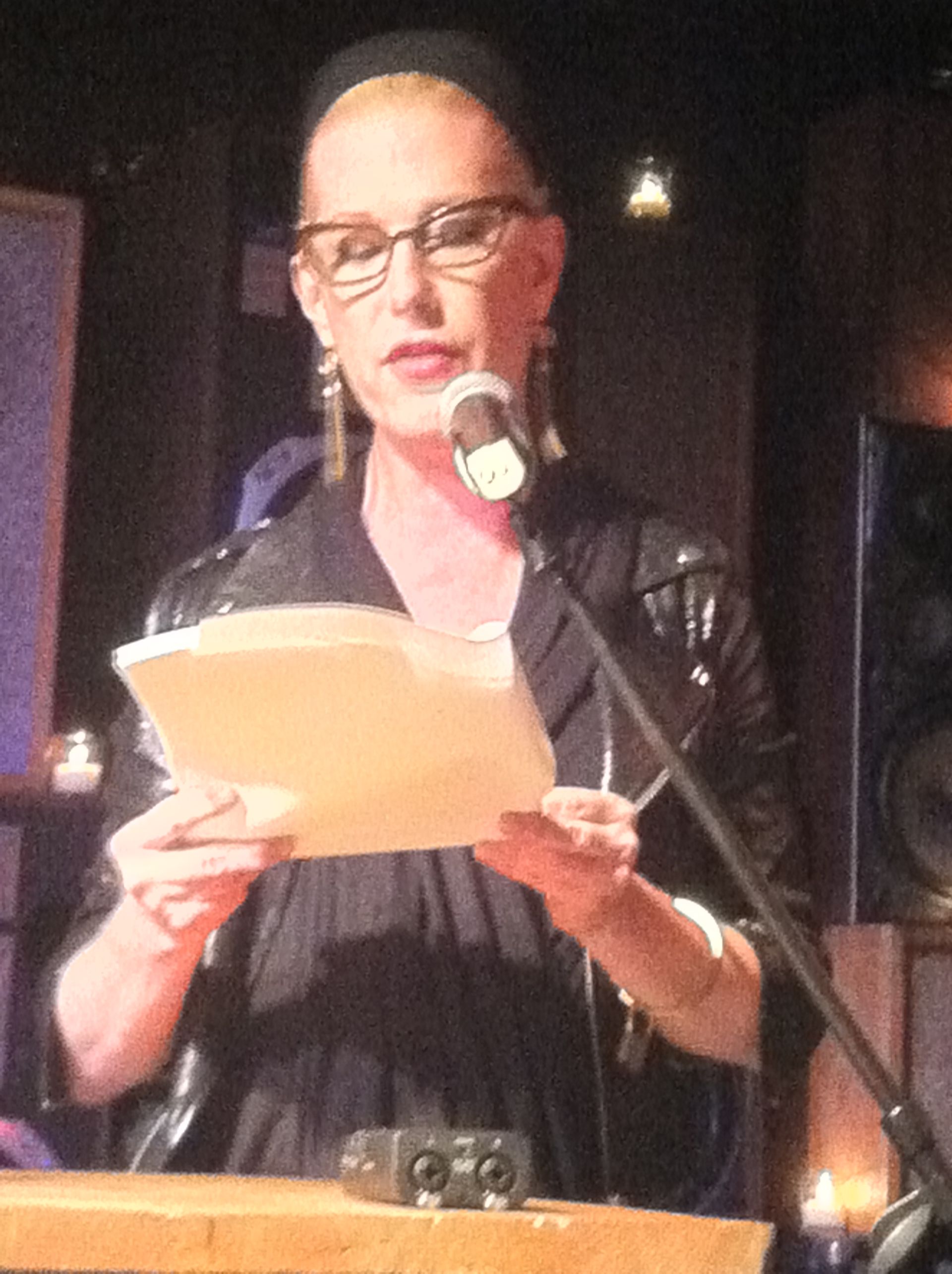 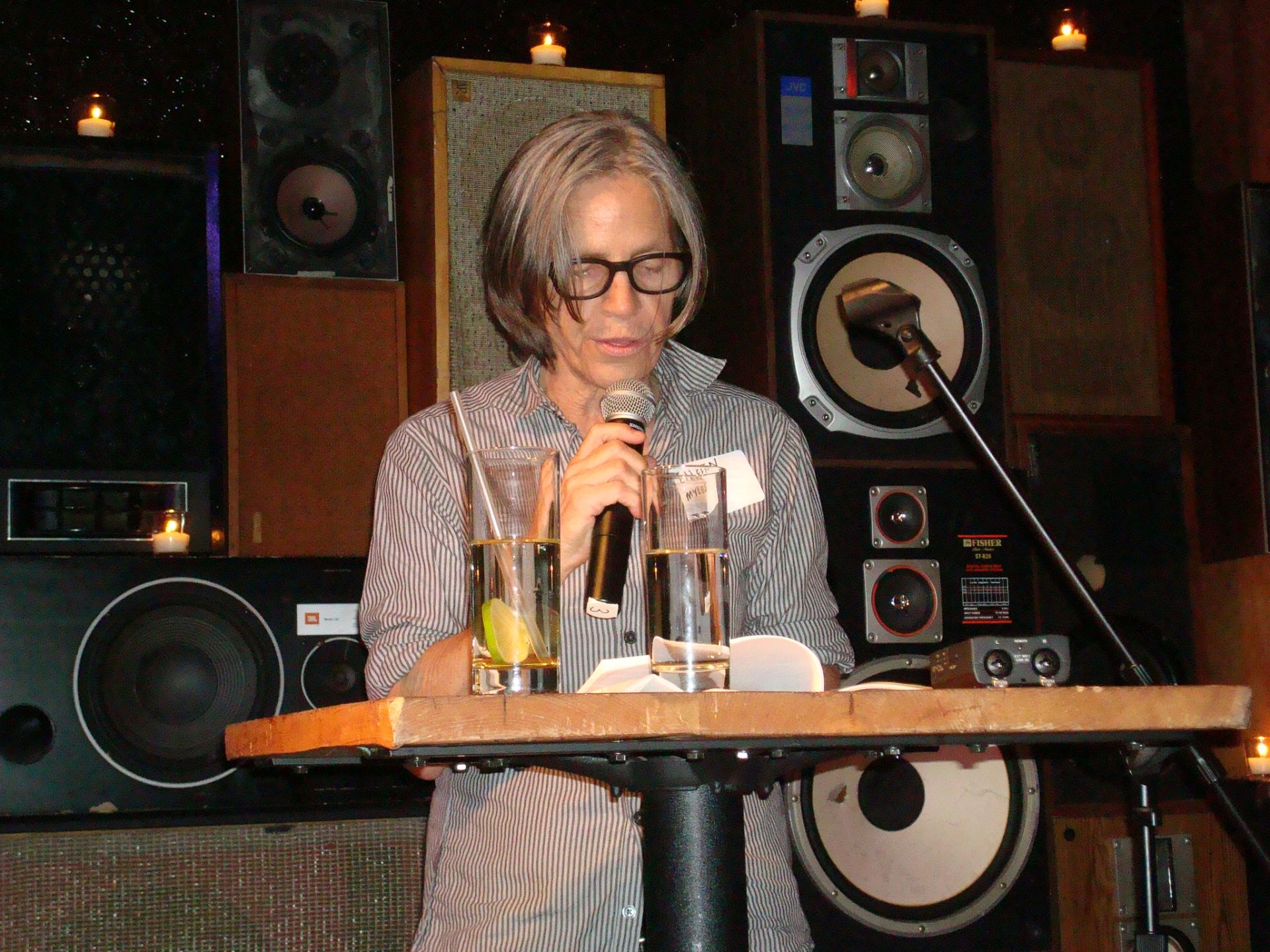 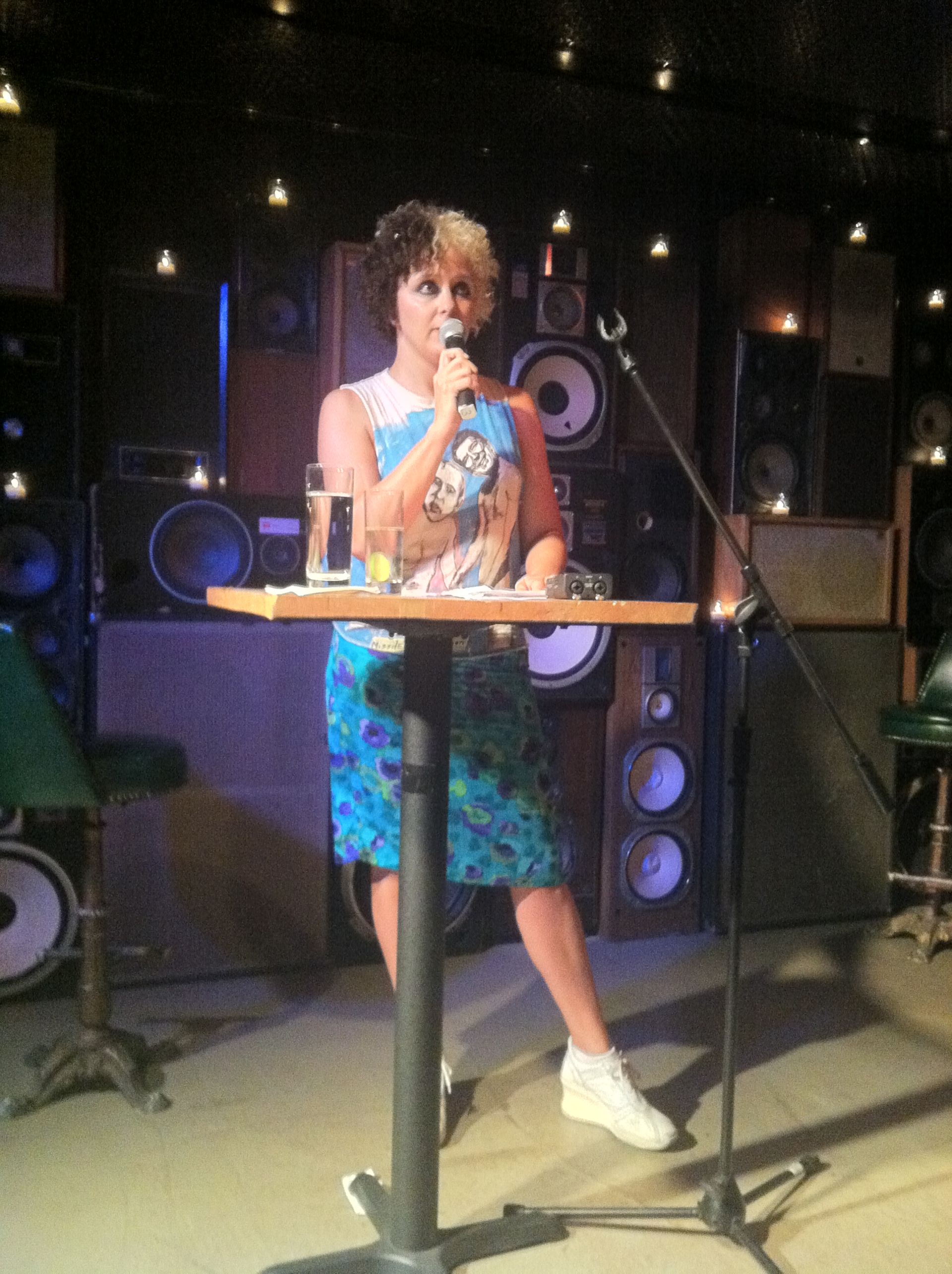 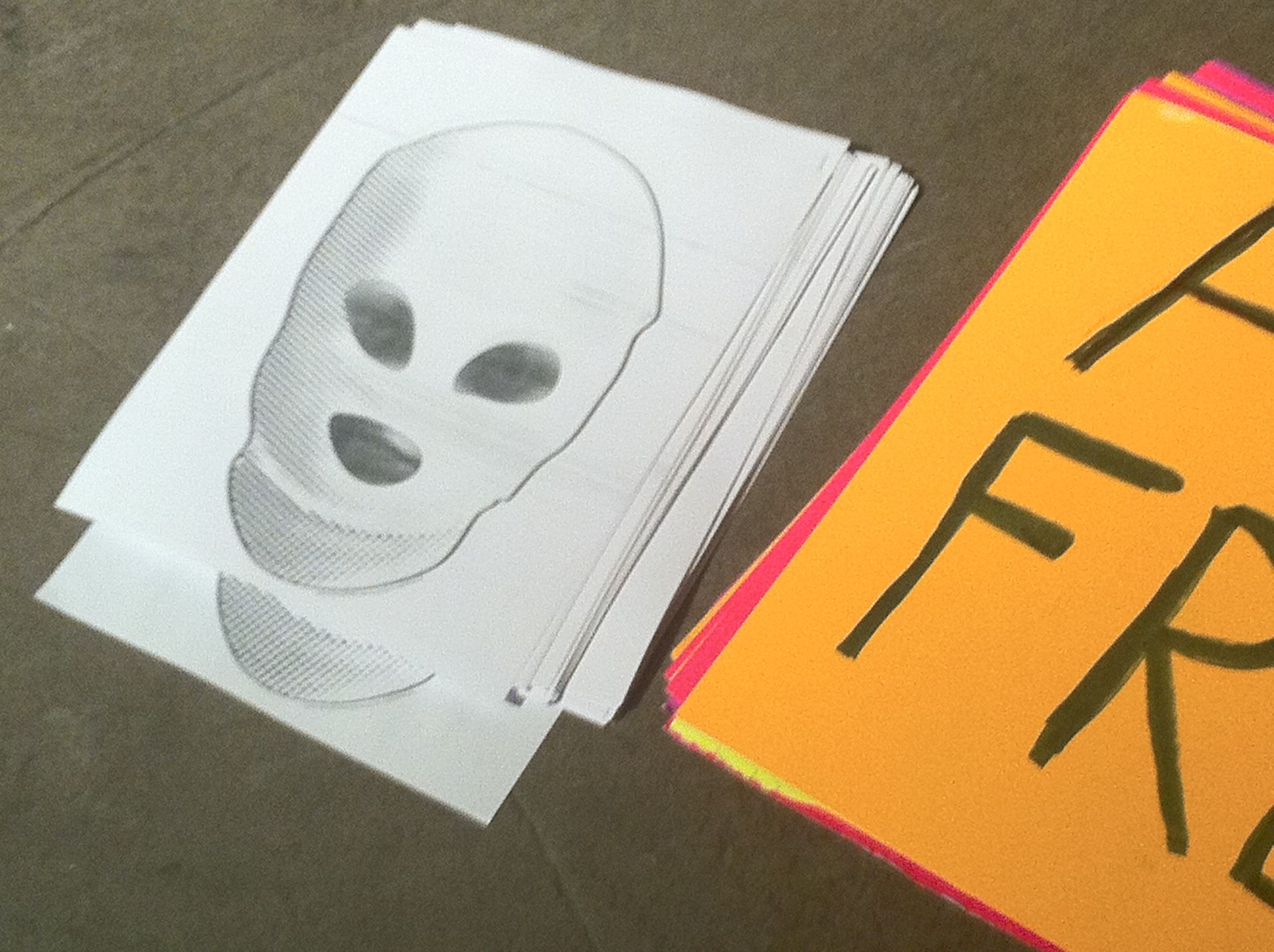 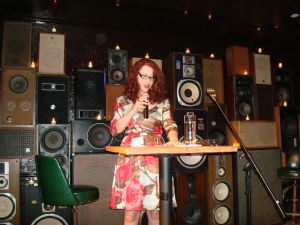 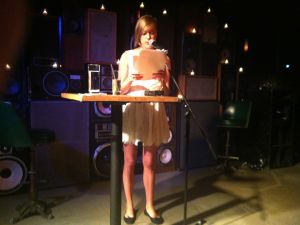 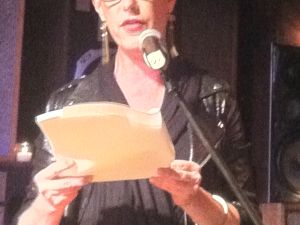 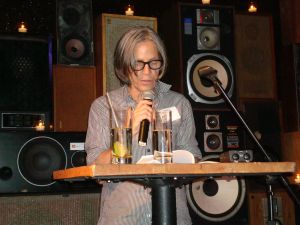 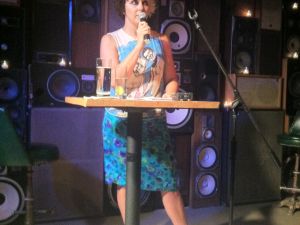 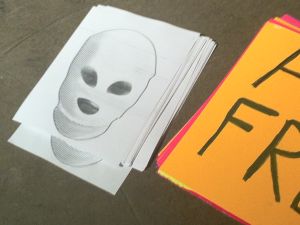 Last night, on the eve of a verdict that will decide the fate of the incarcerated members of the Russian punk rock band Pussy Riot, an array of musicians, artists, activists and feminists amassed at the Ace Hotel to hear the words of the imprisoned Maria Alyekhina, Nadezhda Tolokonnokova and Yekaterina Samutsevich. Letters from prison, lyrics to their songs and the women’s opening and closing statements from the trial were read aloud by a collaborative force made up of Riot Grrrls, a sexual limit pusher, a poet, an artist, a transgendered avant-garde cabaret singer and one Chloë Sevigny.

The members of the politically motivated group have been in a pre-trial detention center since March after a guerrilla performance inside the Cathedral of Christ the Saviour in which they were only able to execute a 40 second rendition of their song “Our Lady, Chase Putin Out” before getting escorted out by security guards. The women could be facing a three-year prison sentence for “hooliganism motivated by religious hatred.” Pussy Riot adamantly denies any malice to Catholicism; they maintain they were only making an artistic political statement. Over the past month, support for Pussy Riot has poured in from the likes of Madonna, Paul McCartney and the Red Hot Chili Peppers. Peaches has released a tribute song, all proceeds will go to the band’s legal fees.

Karen Finley, performance artist and one of the most animated readers of the night gave The Observer her stance on the trial: “There’s a history of the church being a place for prayer but also for speaking one’s mind. Yes, we’re using these larger-than-life statements, but that’s part of the art and the expression.”

Ms. Finley—no stranger to controversy, as she has often been criticized and indicted for her own art—explained why she felt such a connection to the girls in a Moscow prison cell: “Pussy Riot was influenced so much by Bikini Kill, and Kathleen Hanna [lead singer and front woman for Bikini Kill], tells me I influenced her, so I feel responsible in a certain way.”

“I was so blown away by the articulation of their writing,” Ms. Finley said after reading Ms. Alyekhina’s opening statement. “The intelligence.  The passion. I am so moved.”

Ace Hotel’s Liberty Hall was donated out to head organizers Robert Lieber and J.D. Samson (a member of Riot Grrrl band Le Tigre) for the evening. Ms. Samson told The Observer that she had started organizing a giant show in Moscow in support of Pussy Riot, but after the trial started moving faster than predicted, she decided to do something here in New York to show her support.  “We were planning to do a show, and then Rob and I were discussing these wonderful statements the women had made in trial, and he said, ‘What about these words? Shouldn’t they be read somewhere?’ And that was that.”

“I sent out all these emails—only last Saturday—and all these friends of mine came out to support,” Ms. Samson added.

Amongst Ms. Samson’s friends was the actress and ultimate hipster Ms. Sevigny, who read a letter that Maria Alyekhina sent from prison.

“I got threatened to get transferred to a disciplinary cell for not making up my bed properly today. Here in pre-trial center, nobody knows what a duvet case is, just like in Europe, but everybody knows you’re a criminal and here for a good reason,” Ms. Sevigny read, looking ironically innocent in a white dress and a blonde bob.

“I had no idea that they were such intellectuals,” Johanna Fateman, member of Le Tigre told The Observer after her reading of the closing statement of Ms. Samutsevich. “They could come off almost like a prank—which is part of it—but they truly are so much more.”

Although Ms. Fateman said she wanted to be an optimist, she assumed that the girls would most likely be found guilty. “It’s more just a question of how long the sentence will be,” she added.

Other readers last night were Justin Vivian Bond, Masha Gessen and poet Eileen Myles, who told The Observer that the poems that she read by Ms. Alyekhina, “really spoke to me.”

No matter how the verdict shapes up (it is expected to be delivered this morning), a protest, march and rally are all scheduled in New York. Although there were talks on Pussy Riot’s Facebook page of suiting up in the band’s trademark neon balaclavas for the protest, Daphne Carr, an organizer of the day’s events, warned participants last night that this would be civil disobedience. New York has an obscure “anti-mask law” that prevents three or more people wearing face coverings without a permit, an offense that several Occupy Wall Street protesters were charged with and that could land Pussy Riot supporters in jail. Ms. Carr offered up some alternatives.

“Paint your face to look like a balaclava. Write ‘this is my balaclava’ on your face. Or take one of these,” she said while holding up a sheet of paper with a black and white image of a balaclava.

Catch the crowd wearing those modified balaclavas on Madison Avenue around noon today.