TRENTON – A Democratic state senator is following up on her earlier accusation that Gov. Chris Christie is failing to meet the terms of his own executive order.

Sen. Barbara Buono, (D-18), Metuchen, released a letter Thursday she sent to Legislative Budget and Finance Officer David Rosen, which requests a detailed report on state revenue collections for the past two months.

“As you know, the Treasury Department has failed to issue the June and July reports required by Gov. Chris Christie in his Executive Order 8,” Buono wrote in the letter.

The lawmaker referred to the governor’s January 2010 executive order he issued shortly after taking office.

The order says the Department of Treasury shall publish quarterly reports on all state expenditures, in addition to monthly revenue reports that should be released no later than the tenth business day of each month.

“New Jersey has for too long engaged in a practice of disjointed financial reporting and inadequate fiscal transparency that has contributed to the failure to recognize the scope and severity of New Jersey’s financial condition,” reads the executive order.

“Transparency in the government of the state of New Jersey, including fiscal transparency, is an important priority of this administration,” it continues. ” … The Department of the Treasury shall publish a monthly revenue report. Such report shall identify and explain, with respect to each revenue source, any significant variance between the actual amount received by the Treasury and the amount forecast in the state budget. Such reports shall be published not later (than) the 10th business day of the next succeeding month, with the exception of June revenues, which may be reported later in July.”

Buono slammed the administration for failing to disclose the revenue figures in a Thursday news release.

The lawmaker released the statement after the governor’s office issued a release Wednesday indicating the state Department of Treasury is expected to report that the collections of gross income, corporate business and sales taxes for July 2012 compared to July 2011 were up 3 percent.

The governor’s office responded to Buono’s claims that the administration “doesn’t want the truth about New Jersey’s revenues to come out before the Republican National Convention,” calling the statement an act of political theater.

“We merely gave a broad snapshot late yesterday on the cash collection figures for the month of July with additional details to come,” Christie spokesman Michael Drewniak said in an e-mail.

“The June/July revenue picture is always different and unusual in terms of the lightness of revenue and end-of-year-accounting between fiscal years,” he said. “I don’t think we need knee-jerk partisan pot shots from Barbara Buono.” 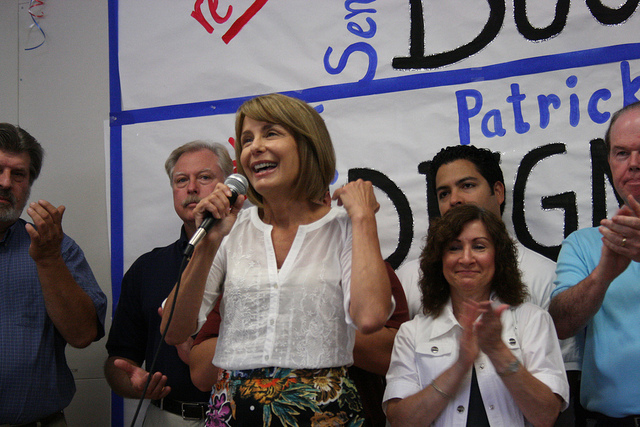