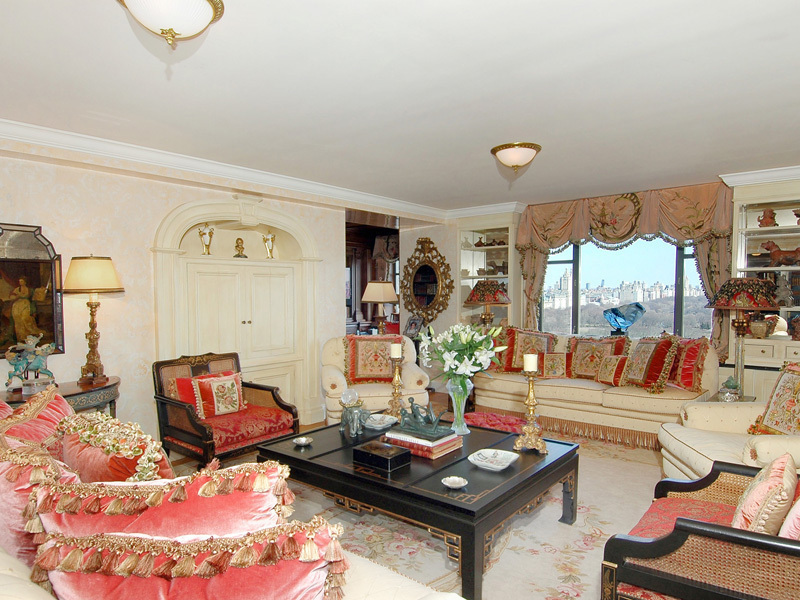 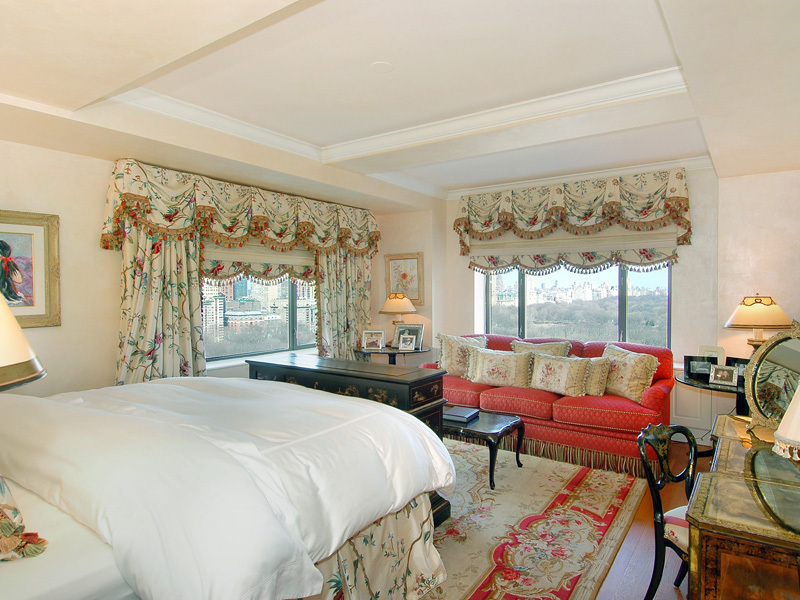 A little fussy, sure, but who doesn't like multiple floral patterns in the same room? 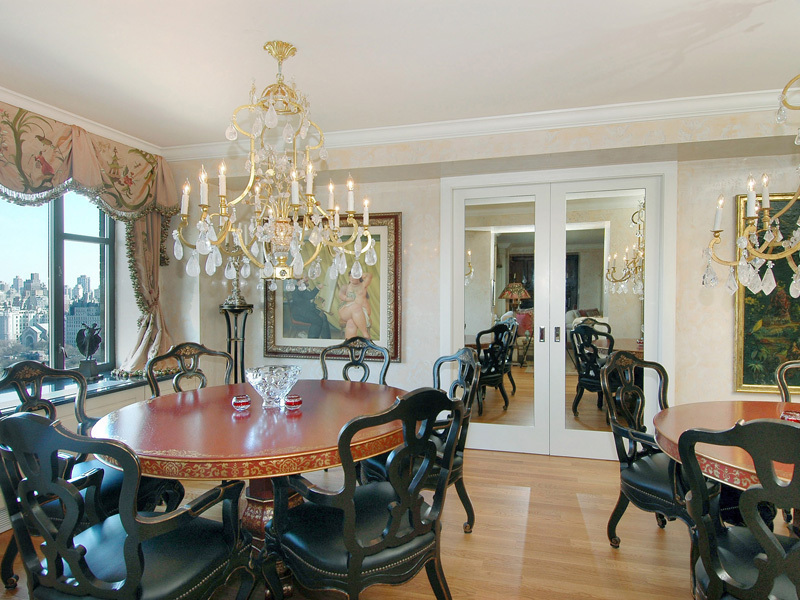 No, that is not a mirror image, but two identical tables. Tres banquet room. 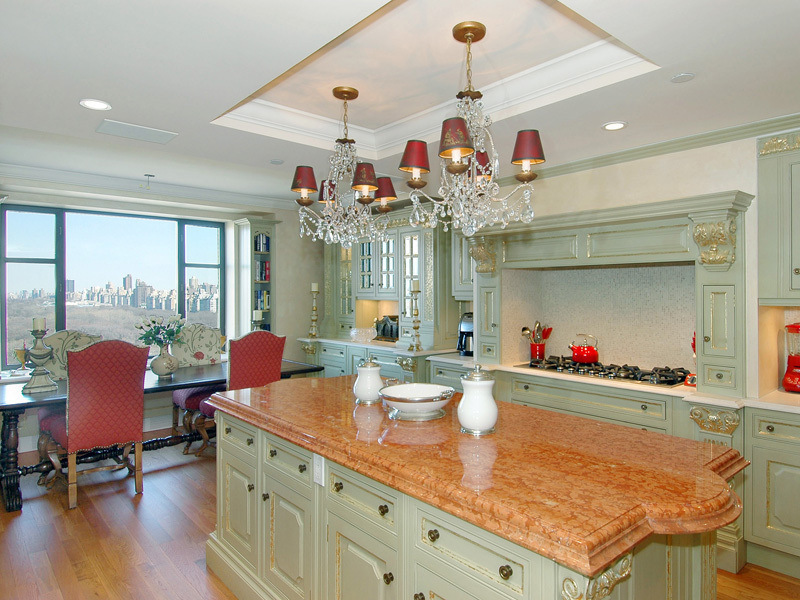 An open kitchen, or not really a kitchen at all? Your call.
Advertisement 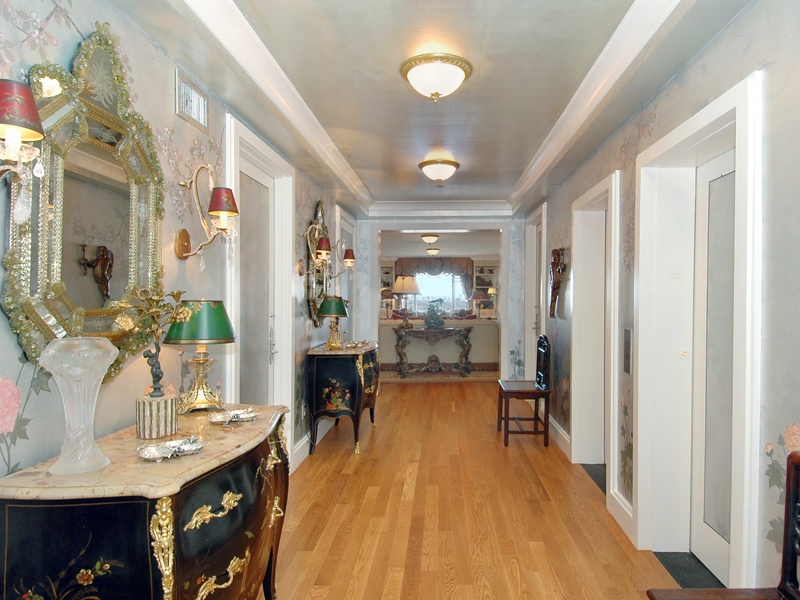 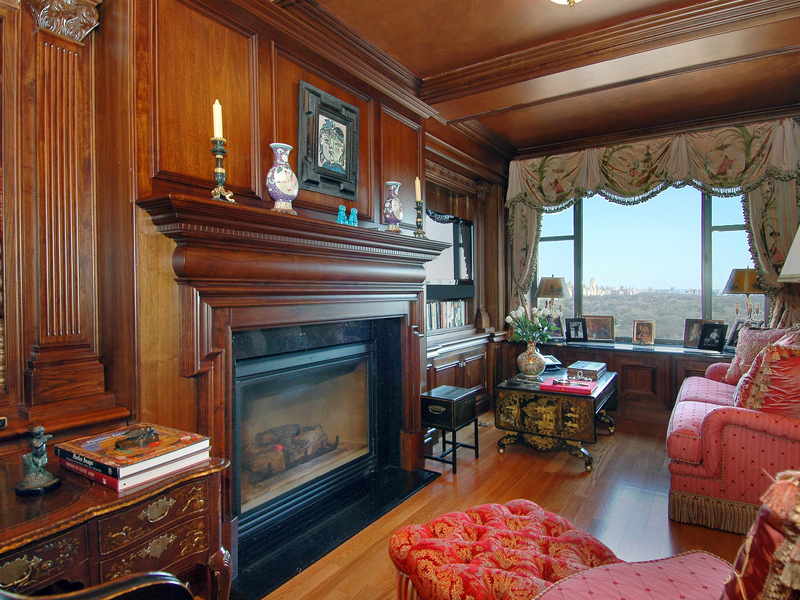 The listing tells us that no amount was spared in doing this apartment. "It is in triple mint condition throughout with nothing but the best!" 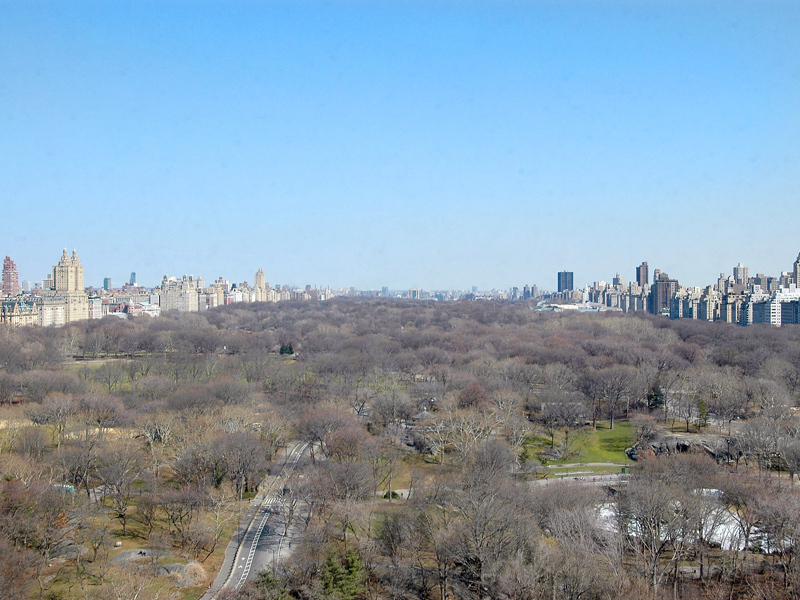 Great view. Would it be an insult to call it a million-dollar view?
Advertisement 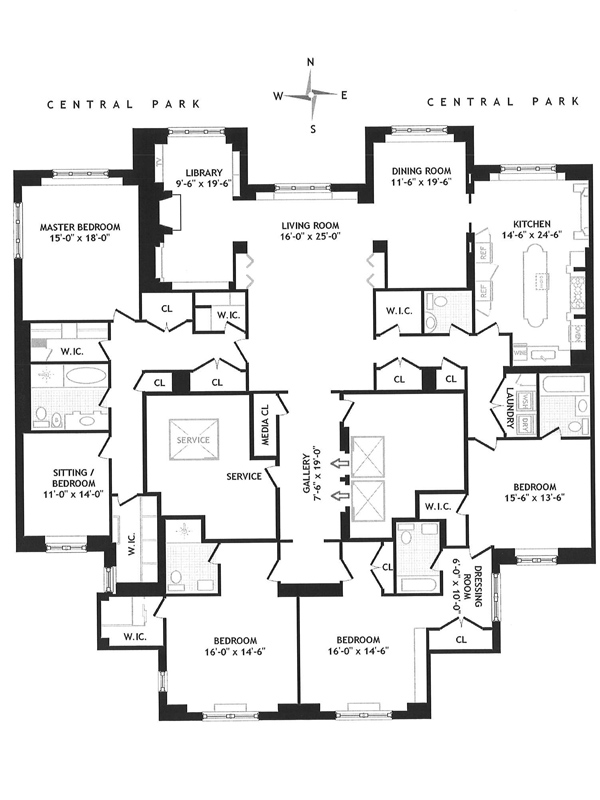 The floorplan is a stunner. We love floor-throughs. 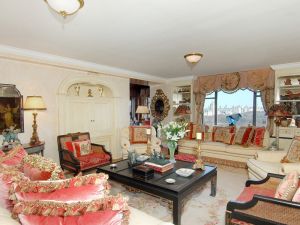 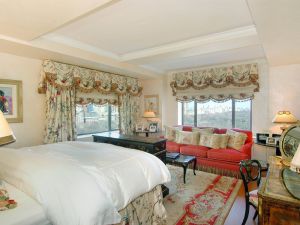 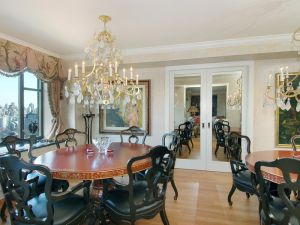 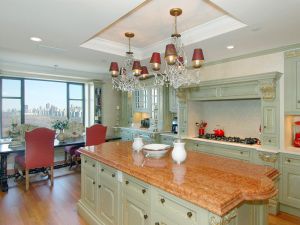 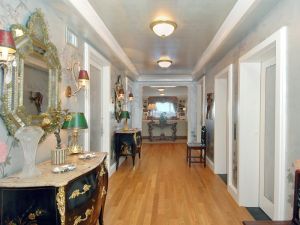 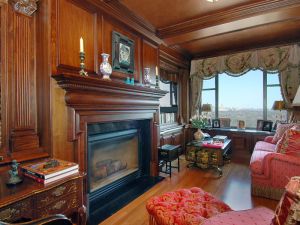 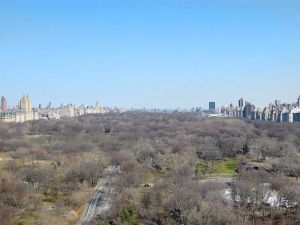 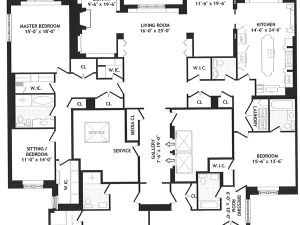 With all the recent $95 million and $100 million listings, it can be easy to lose sight of the fact that not all luxury apartments can be sold for a 500 percent profit, not even all penthouses on the Park.

Indeed, the 23rd-floor penthouse of 110 Central Park South did not manage to fetch the $27 million it was asking when it came on the market in May 2011. And the owners—VRHNYC, LLC—were only hoping to double the $12.9 million that they paid for the apartment back in 2006.

They got a measly $18 million from buyers 110CPS 23rd Floor, LLC., according to city records—which is $900,000 less than the most recent ask. And it was just done over by Joanna Poitier of Beverly Hills and Clive Christian of London, the Sotheby’s listing, held by brokers Serena Boardman and Eva Mohr name drops ostentatiously. Although the results could hardly be called breathtaking by anyone but the stodgiest of uptown dowagers.

Granted, the co-op with condo rules, or condo-op, may be lovely, but it’s no 15 CPW or Ritz-Carlton. Still, it does have park views, loads of closets and five bedrooms (the Ritz Carlton penthouse, listed for $95 million, only has three). Quite possibly a realistic measure of the heady, but not altogether heedless, luxury market?