On a mild, sun-dappled Sunday, Betabeat applied our sunscreen and ventured to the Long Meadow in Prospect Park for an event aptly named “The Internet Picnic.” A few weeks ago, a friend of ours named Nicole He had won the Listserve lottery and was tasked with sending an email out to 20,000 random Internet strangers. Ms. He works in community at the crowdsourcing platform Kickstarter. “What should I write??” she frantically gChatted us, before eventually deciding to invite all 21,288 subscribers to a picnic yesterday in Brooklyn.

“I have a mole under my eye and I’ll be wearing red,” she wrote, and then posted the same invitation to her Tumblr, where it received almost 300 notes.
END_OF_DOCUMENT_TOKEN_TO_BE_REPLACED 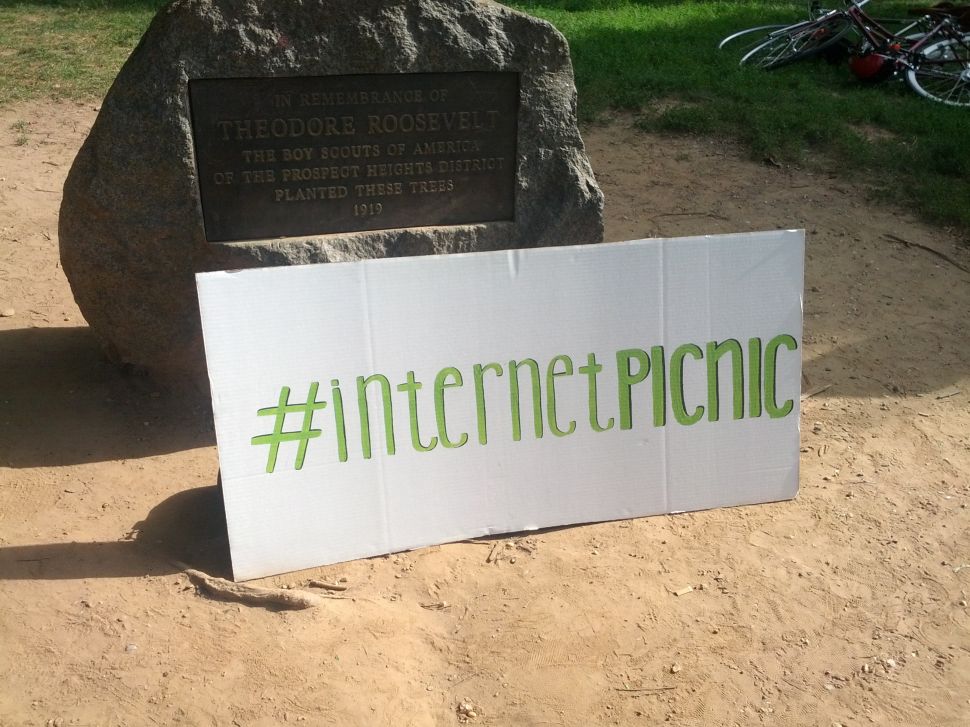