In some ways, it seems like a match made in heaven—the townhouse has been languishing on the market since 2008, when Mr. Rosen listed it for $75 million (the most expensive listing on the market back then, now it practically seems like a bargain)—and Mr. Hamad has been on a seemingly endless hunt for a Manhattan home. A sale would mean a happy ending for these two seekers.

But we’ve been sheiked out by the Post before, when they reported that Mr. Hamad was the buyer of the One57 penthouse, a claim that Gary Barnett immediately refuted. Now that Steve Wynn has finally settled down at the Ritz Carlton, Mr. Hamad seems to be the first guess anytime a big ticket item goes into contract. After all, there are only so many fabulously wealthy, well-known house hunters to watch.

Still, the Post speaks with a source who assures them that the sheik is indeed the buyer, with a bid of $47 million.

“The deal was done in huge secrecy without a broker. The house has been purchased through an LLC, Tower Management Holdings, to protect the identity of the buyer, Sheik Hamad, who has been looking to purchase a New York property,” the source tells them.

Neither the townhouse nor Mr. Hamad have had an easy time of it in the real estate marketplace. After spending years looking for a buyer and hosting the occasional party for Mr. Rosen, who never moved in, the townhouse recently dropped its asking price to $50 million. As for Mr. Hamad, he was reportedly rebuffed by the co-op board of 765 Fifth Avenue when he tried to buy Denise Rich’s spread and the board 907 Fifth Avenue when he went for Huguette Clark’s eighth-floor apartments.

Rumors abounded at the time that Mr. Hamad’s wives, numerous children and sizable entourage did not sit well with co-op boards, but other sources have told The Observer that such claims are greatly exaggerated.

Mr. Rosen purchased the neo-Italian Renaissance mansion for $15.6 million in 2004, undertaking an extensive renovation to transform the upper levels of the five-story mansion from office space to a single-family home.

International buyers looking for New York pieds-à-terre are not usually drawn to townhouses—a condo is the natural choice for a house hunter tired of groveling before boards—but we suppose it does have one clear advantage. At 22,000-square-feet, Mr. Hamad can have any size entourage he wants. 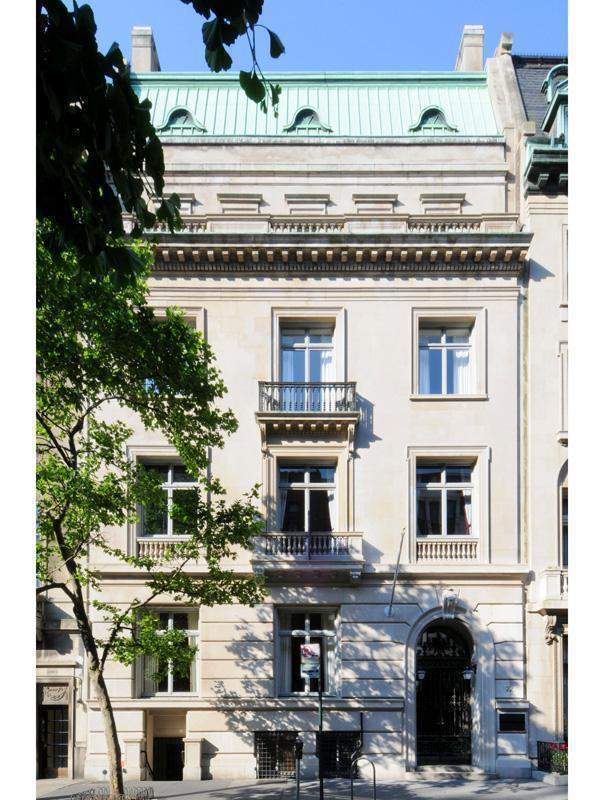