State Sen. Michael Doherty (R-23) bewailed published reports that prosecutions are unlikely following a criminal investigation into the collapse of MF Global and the disappearance of as much as $1.6 billion of customer funds.

“This is the first time in history that segregated funds held in customer accounts were raided by a financial firm to cover the firm’s losses,” said Doherty. “It’s almost unthinkable that the mega-rich executives at MF Global could loot the accounts of farmers and middle-class Americans and be allowed to get away with it.”

The firm’s CEO, former New Jersey Governor Jon Corzine, resigned amid reports of missing investor funds. A New York Times story notes that although it has been confirmed that MF Global tapped customer funds to pay the firm’s debts, in violation of the law, don’t expect criminal charges to be filed against Corzine or other of the firm’s top executives.

“How much does someone on Wall Street have to steal before Obama’s Justice Department will take action?” asked Doherty. “Isn’t $1 billion enough?”

Doherty noted that Corzine is among President Obama’s top bundlers, raising more than $500,000 for the President’s re-election campaign in the first quarter of 2012.

“President Obama’s ties to Jon Corzine and the lack of prosecutions of anyone at MF Global have to raise eyebrows,” said Doherty. “It looks to the average person like you can get away with anything if your political connections or fundraising abilities are good enough. The lack of prosecutions in this case is beyond suspicious.”

The article in the Times also noted that federal regulators may not proceed with civil enforcement actions or attempt to ban Corzine from future work on Wall Street. The paper cited sources close to Corzine who claimed he might be planning to start a new hedge fund.

“Corzine wants to return to Wall Street to continue adding to his millions while countless small investors of his old firm are still waiting for their life savings to be returned,” added Doherty. “Wall Street must be the only place where the federal government lets you return to the scene of the crime and get paid for it.” 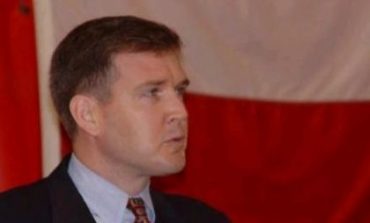