ST. PETE’S BEACH – Unsurprisingly, the band left untouched the Bon Jovi songbook, turning instead to the reliable power chords of Little Steven and lead guitar solo runs to compensate for the lack of a sax.

This was the farewell party for the New Jersey delegation thrown by Ocean County GOP Chairman George Gilmore, and as the lead singer barked out “Born to Run,” you could look around the torch lit sand and see state Sen. Gerry Cardinale (R-39) crunched into a sofa talking to some confreres; Wilbur Christie, father of the governor, grinding out a few dance moves; state Sen. Joe Kyrillos (R-13) gabbing with former Burlington County Chairman Glen Paulsen; and Assemblywoman Mary Pat Angelini (R-11), Matawan Councilman Toni Angelini, and Monmouth attorney Brian Nelson in a powwow.

An insider was unprepared for the presence of the political animal whose backroom ferocity shaped Burlington into a Republican fortress.

The Republican boss liked Romney’s speech, but still chalked up Houston ’92 as one of the best of all conventions.

“It’s always good when you get away because then the delegation is together in one spot,” Paulsen said. “That was the problem in Philadelphia, 2000, everyone just went across the river. It was local so it was scattered. This right here” – he gestured to the strand of island beach and the people crammed and feasting in the festive tent – “is better – better for business.”

They had all just arrived from downtown Tampa, a city overrun with lizards that look like little alligators, which you can step on if you don’t watch where you’re walking, and egrets that roam the sidewalks like human pedestrians at rush hour, and pelicans flying low overhead that can throw you when you’re not used to seeing birds like that, and troops of sheriff’s deputies on patrol for the convention – where Mitt Romney at last accepted the Republican Party nomination for president.

Most of the partygoers agreed that the square-jawed former Massachusetts governor exceeded expectations with his family friendly ode to free enterprise. Many praised the way his handlers packaged him: as a boardroom suit with a heart.

But there were furrowed brow remarks off the record too about how he didn’t offer anything new or dynamic.

“He didn’t say what he was going to do, either, at least not to my liking,” said a party source, as the band kicked into another Boss standard and the waves pounded.

The same source expressed concern about how the media will seize on and distort Romney’s statement about Obama’s weak efforts to slow Iran’s nuclear program.

A final poll of the crowd was decidedly positive. “I feel good about where we are,” said Middlesex County Republican Chairman Sam Thompson.

More than a few didn’t feel that way coming here. And it wasn’t just Hurricane Isaac that worried them. It was Romney’s perceived lack of passion, and a palpable lack of voter passion for Romney.

“I actually liked Eastwood,” delegate Jeff Booker of Camden said of what to many observers was a perplexing Charlie McCarthy act by the Hollywood icon that relied on the prop of an empty chair. 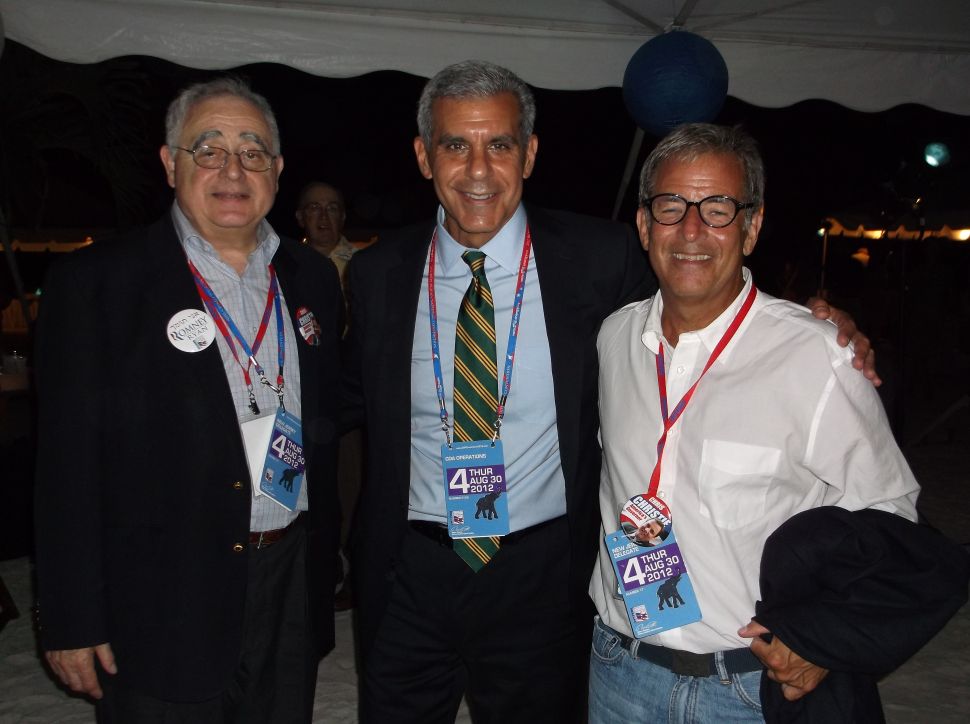