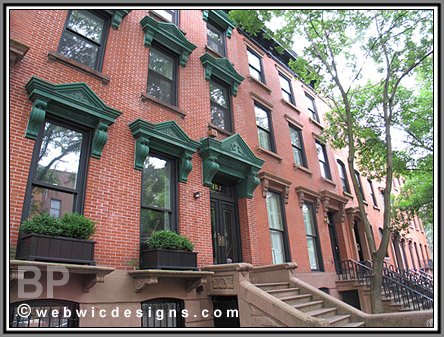 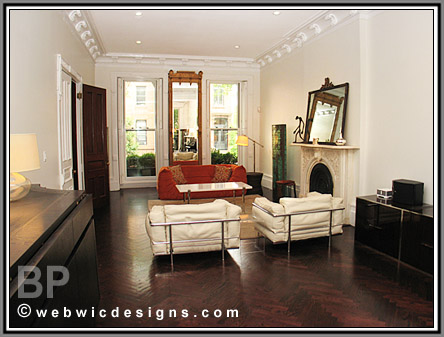 The last owners made a lot of updates of their own, however. 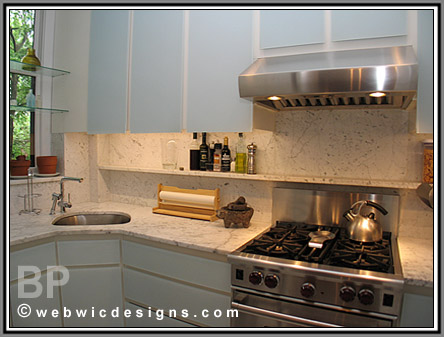 A surprisingly normal looking kitchen. At least from this angle. 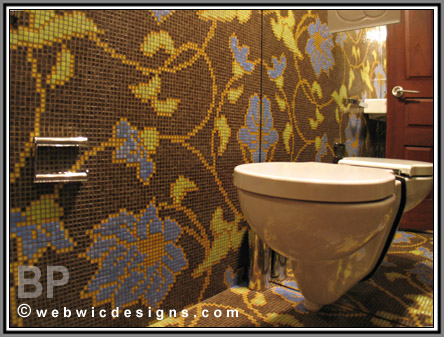 At first we though this bathroom was covered in fabric, but it's actually small mosaic tiles.
Advertisement 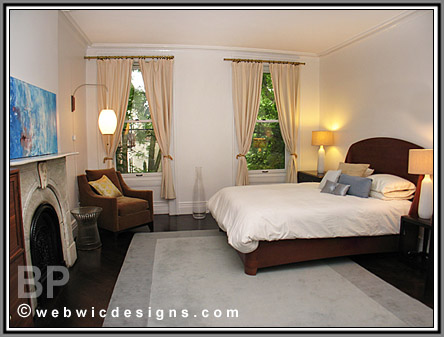 Care for a fire in the master bedroom? 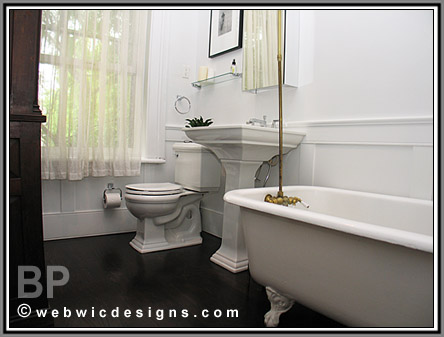 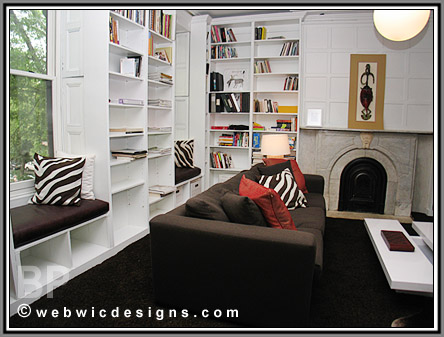 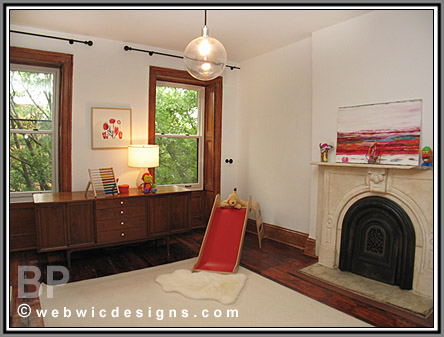 Another big room, another fireplace. 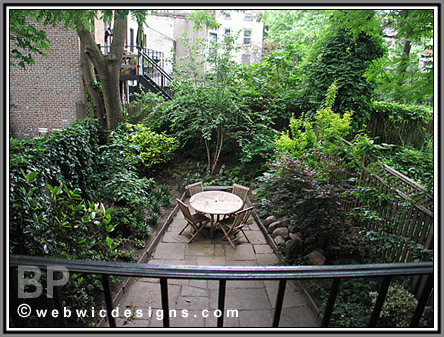 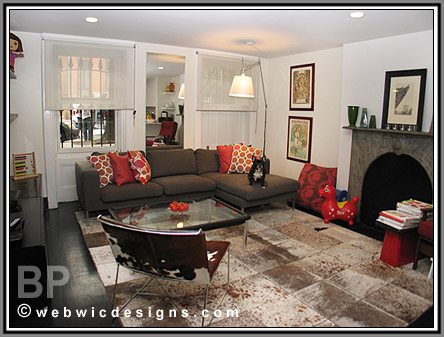 We believe this would be the garden apartment. Rental income to help pay off the mortgage. 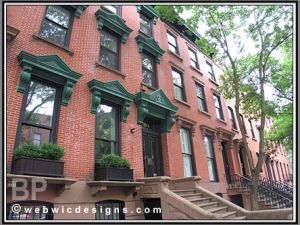 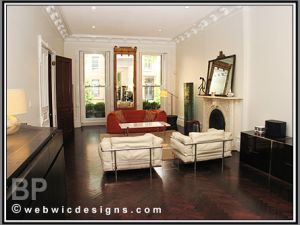 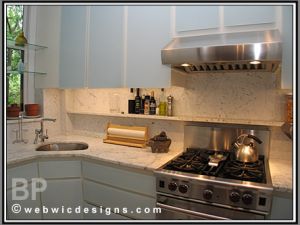 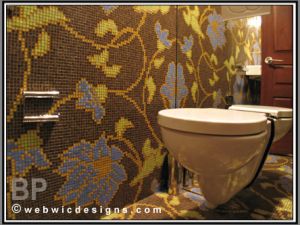 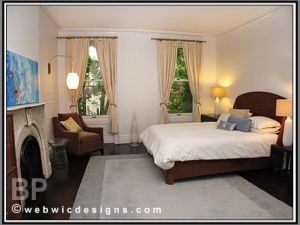 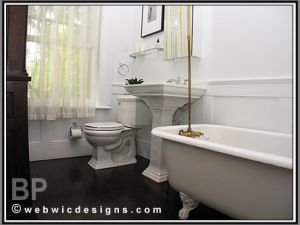 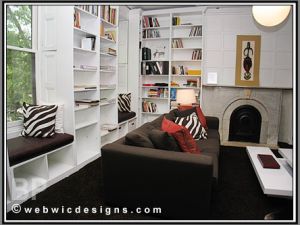 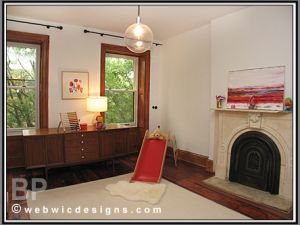 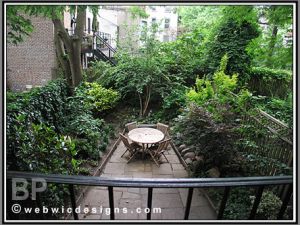 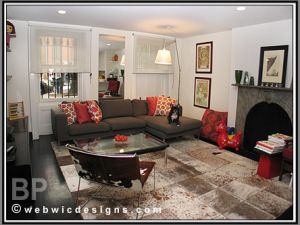 It has been a summer of stunning performances, victories and defeats, and titles won, lost and held. And no, we’re not talking about the Olympics, but the Brooklyn brownstone market.

In Fort Greene, this summer saw two record-high townhouse sales, with 152 Lafayette Avenue, a four-story Greek revival home coming in a close second to the five-story Fort Greene Park-facing 181 Washington Park, which closed this spring for $3.28 million—setting a record for the neighborhood.

Buoyed by the success of 181 Washington Park, 152 Lafayette came on the market about a month later, with owner Rachel Carberry Moog trying for $3.05 million. The property went into contract in just a week, Brooklyn Properties broker Suzanne Debrango, who shared the listing with her colleague Ian Johnson, told The Observer. The buyers—listed on the deed as Taylor Albert Reinhart and Melissa Bell Reinhart—offered $3.1 million and sealed the deal, buying under a trust in their names. Apparently, they were afraid of being edged out by a higher offer.

And, while 152 Lafayette may not be able to bask in the glory of being the most expensive townhouse in the neighborhood, Ms. Debrango did note that it is a record for a brick townhouse (181 Washington is a brownstone in both name and surface). It was also a stunning success for Ms. Moog, who paid $2.025 million for the property in 2007 before doing a renovation that Ms. Debrango said was “quite extensive.”

Not that the triplex with garden apartment was in shambles. The five-bedroom, 2.5-bath home was formerly owned by Pratt’s director of historic preservation Eric Allison, as one commenter on Brownstoner pointed out when the house hit the market. Mr. Allison bought the house in the 1970s and put his professional skills to personal use, saving the Lincrusta walls, the raised panel shutters and baseboards, the herringbone white oak floors and the St. Laurent marble fireplaces. The baths, it goes without saying, are clawfoot.

The last time the neighborhood saw such high prices was before the housing market crash, when several townhouses of similar size sold for just over $3 million in 2007 and 2008, according to data collected by appraisal guru Jonathan Miller of Miller Samuels.

“It’s not blowing the doors off of prior records, but it is a new high- mark post-Lehman,” said Mr. Miller. “In brownstone-Brooklyn areas, when you have a fixed housing stock like this and there are pockets with a chronic supply shortage, that pushes prices higher.”

The record price pre-Lehman was a 3,280-square-foot townhouse at 275 Adelphi Street, which sold for $3.05 million in June 2008. As for 181 Washington, the property is a perpetual record-breaker, having also set the record in June 2007 when it sold for $3.03 million, according to Mr. Miller.