TAMPA – New Jersey’s delegation got a late start from the Sirata to the convention center.

“There were mechanical problems and also some other state’s buses had protesters on it and all buses had to be reswept,” said Essex County GOP Chairman Al Barlas.

The band led by Saturday Night Live alum GE Smith launched into a jazzy version of the Beatles’ “Eight Days a Week” as western states’ delegates waved cowboy hats to the beat and New Jersey prepared for tonight’s keynote by Gov. Chris Christie. 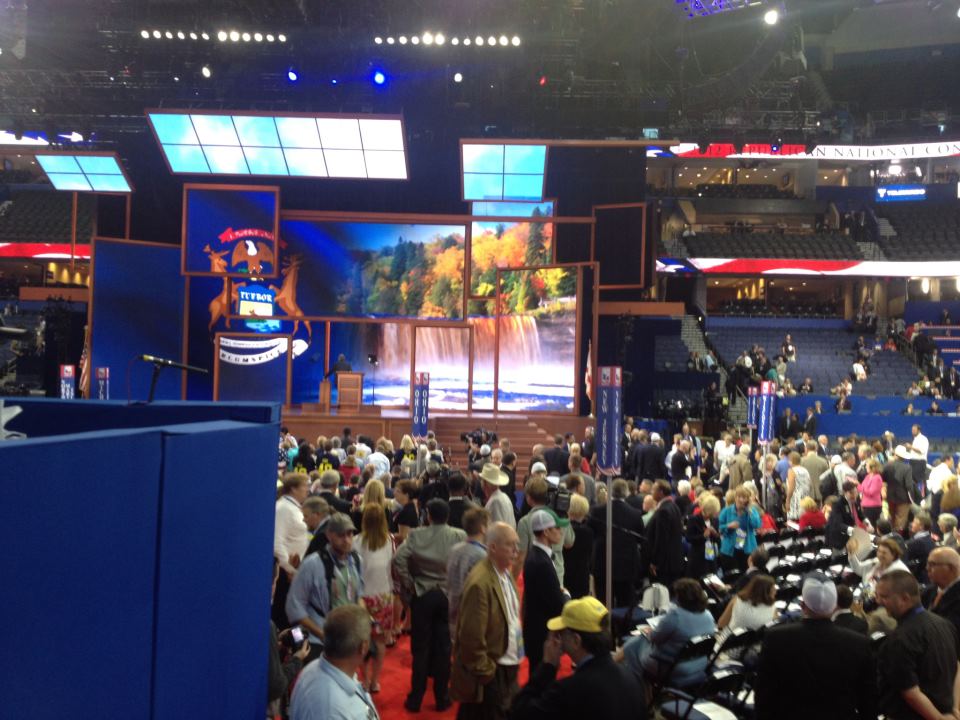