Will there ever be a time when we don’t get a good dose of schadenfreude looking at the visual timeline of former 90210 hunk Luke Perry? How much his face sags seems to be in inverse proportion to how much we want to see him pretend to be Dylan McKay again. Because it’s funny? Because it’s sad? Because it reminds us of our own mortality?

Who knows … here’s an Old Navy commercial, though, with Jennie Garth, Mr. Perry and the seemingly un-aging Jason Priestley.

Fun fact: Coy Luther Perry III is only 45 years old, making him younger than both Doctor House and Walter White, but somehow scarier-looking than both of them put together. 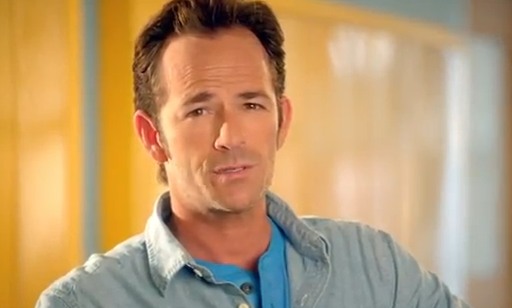