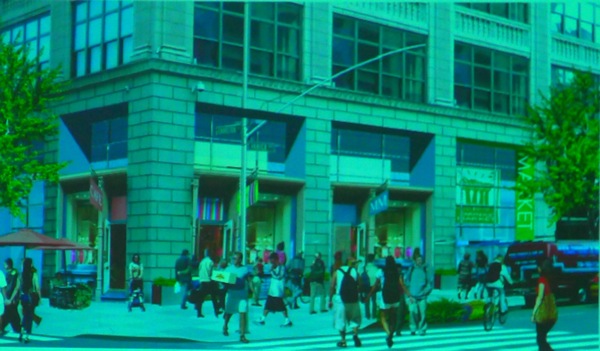 A new rezoning of Hudson Square is meant to enliven the neighborhood through the creation of new residential and retail developments.
mchabanobserver 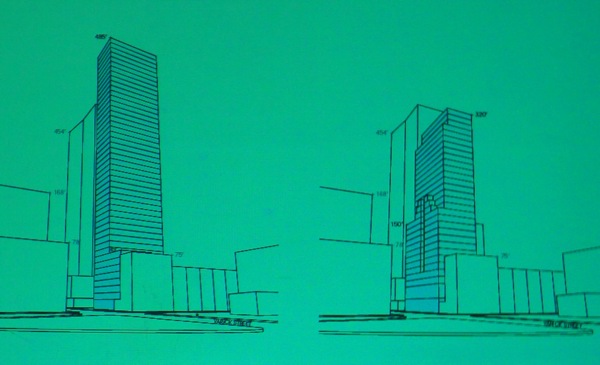 New height limits have been proposed to restrict the size of development. On the avenues, buildings are capped at 320 feet, with specific setbacks at 150 feet to maintain a consistent street wall.
mchabanobserver 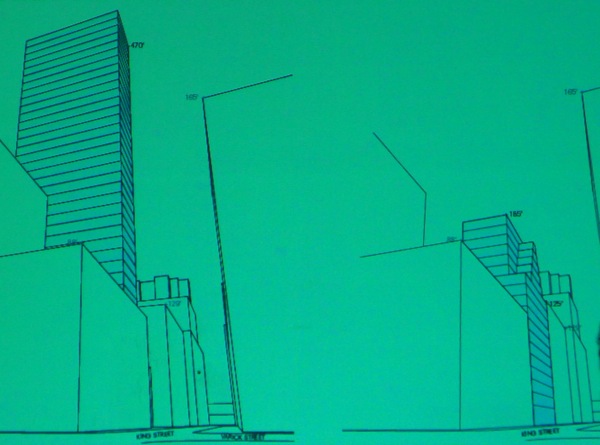 Historically, there were no height limits, allowing for especially big buildings on the side streets. Now those will be capped at 185 feet, or roughly 18 stories, comparable to many loft buildings in the area.
mchabanobserver 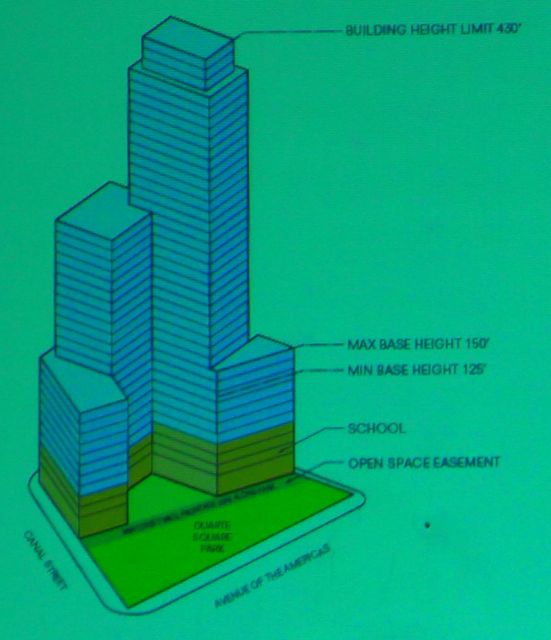 One architecturally distinctive tower is planned for the corner of Canal Street and Sixth Avenue.
mchabanobserver
Advertisement 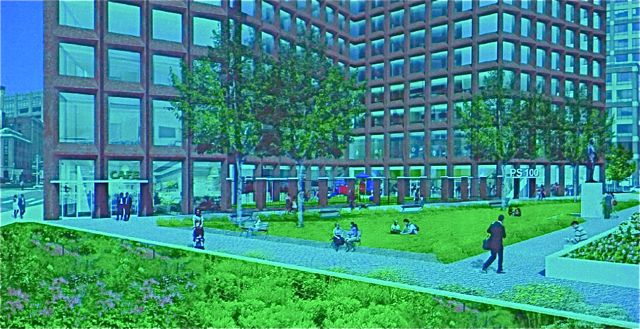 A rendering of a possible new building's base, which will house a school. The proposal was created by the well-regarded SHoP architects.
mchabanobserver 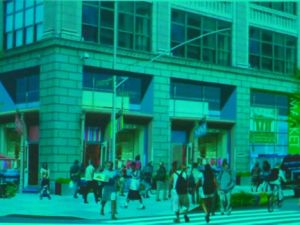 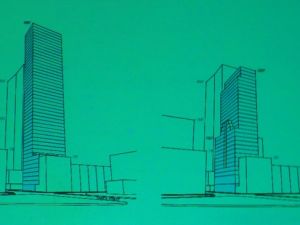 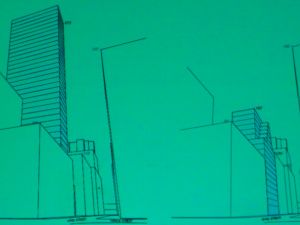 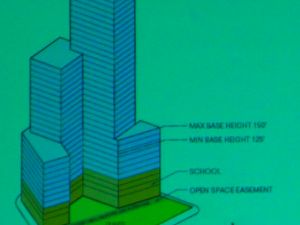 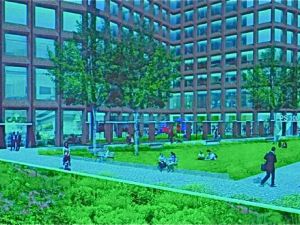 Time to pray to the zoning gods. As expected, Trinity Real Estate brought its big plans to the City Planning Commission today—it is the largest private rezoning ever undertaken. The plan to bring residential development to the quiet blocks just west of Soho was met with quiet approval from the commission, though a few members of the zoning board expressed concern over whether or not a private applicant, and not the city, should be undertaking such a project.

“This is a private application that very much looks and smells and feels like a neighborhood rezoning,” Commissioner Anna Levin said. “I’m curious about the degree of interchange between staff and the applicant in taking this up and shaping it. Also, the extent to which other stakeholders and other property owners have been consulted.”

So while the department may get the transformation it wants—the City Planning Commission will vote on whether or not they like the plan in a couple of months—they do not need to expand the resources in crafting it. After all, it has taken Trinity five years to reach this point.

The presentation—provided by the Department of City Planning, which was not responsible for but heavily involved in the rezoning—also gave the first glimpse on exactly what Trinity hopes to achieve. Contextualism is the catch word of the day, with buildings of comparable size to those that already exist in the neighborhood.

Typically, such contextual zonings have involved low-rise neighborhoods, like Park Slope and large parts of Queens. Here, it means massive loft buildings. Along the avenues, projects will be allowed to reach as high as 320 feet while side streets will be limited to 185 feet. But the big twist is new provisions for height and setback requirements, meaning all of these buildings will create uniform facades along the sidewalk in the range of 125 to 150 feet.

This eliminates a spate of new towers, particularly hotels, which have drawn back from the streets leaving empty space around them. Hotels of more than 100 rooms will also be required to get a special permit from the City Planning Commission, a provision meant to encourage residential development.

Planning documents predict between 2,000 and 3,200 new residential units will be created in the neighborhood, most notably at a special site on the corner of Canal and Sixth Avenue. This building will rise to 430 feet, where it is meant to serve as a gateway to the new neighborhood as well as providing a school for the thousands of residents new and old. SHoP architects worked up a teaser rendering for the base of the building, but the real show stopped was a massing diagram that showed a tower with a profile not unlike the Williamsburgh Saving Bank Building in Downtown Brooklyn.

Affordable housing is a major component, and while it will not be included with the marquee tower, it will be included in the rest of the residential development sites through the inclusionary housing program, which grants a development bonus for making 20 percent of apartments affordable. Hundreds of affordable housing units are slated to be created, one of the rezoning’s chief selling points.

Soon the Trump Soho will not be the only thing dominating this otherwise low-slung section of Manhattan.