Last Friday night on far west Spring Street, the Ear Inn was crowded as usual. A mix of neighborhood regulars and happy-hour-indulging co-workers from the nearby loft buildings—architects, ad execs, programmers, writers—were crammed around the mahogany bar imbibing. Others were gathered outside around benches on the uncrowned sidewalk two blocks from the West Side Highway.

The bar has been there for 195 years, but forget asking for some sort of mixological cocktail that could be found at hundreds of establishments citywide pretending at this sort of authenticity. Above the bar, beyond the shelves of dusty liquor bottles, are glass carboys, ruddy green and brown glass, the size of harbor buoys. They held wine more than a century ago and disappeared into the bowels of the basement, only to be excavated in the 1970s when the bar was made over by a band of eccentric artists. One of their rank tended bar until five years ago. He has since moved upstate. Things change, then they don’t.

“We’ve gotten the holy trinity of Pret a Manger, Starbucks and Hale & Hearty soups, but otherwise the neighborhood looks the way you imagine it did 100 years ago,” said James Parvin, a segment producer at NBC who lives in a loft he converted himself on nearby Charlton Street.

With the exception of those at the Ear Inn and down the block eating at 508 Restaurant & Bar, by 7 o’clock the surrounding streets had largely emptied out. The only real activity was the wall of cars creeping, honking, into the Holland Tunnel. Empty is how the streets would largely remain until 7 o’clock Monday morning, when the workers would begin filing back into their postindustrial warrens along Hudson and Varick Streets.

This is how vast swaths of downtown Manhattan used to look, dead in all but daylight, from Soho to Chelsea to the Financial District. Hudson Square, as developers began calling the area bounded by Houston Street, Sixth Avenue, Canal Street and the river in the 1980s, is all that is left. Or all that was. 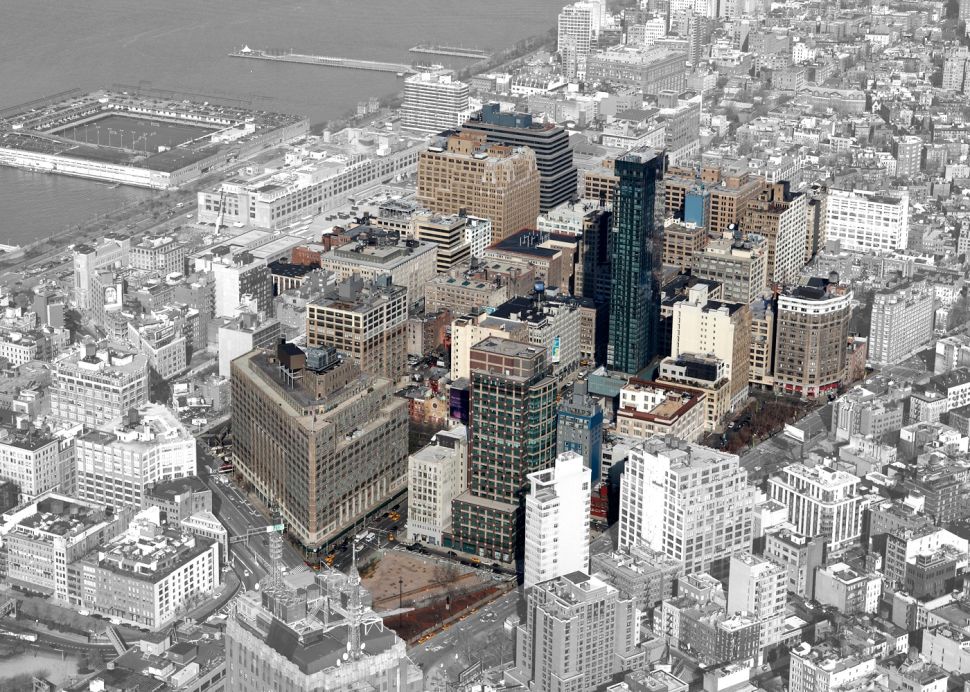