If you’re one of those ancients who still remembers the internet of yesteryear, you’ll be excited to learn that the blog-cum-book The Great Cock Hunt is getting its own web series. And, as the PR person for the series put it at the very top of an email, Hunting Season will be interesting to us because “it’s partly filmed in the Gawker offices.”

Also because “The content is definitely adult, but very NYC, as I recall from my own misspent youth.”

Sounds exciting! Remind us what this was again?

For those of you who, like us, have a hard time remembering The Great Cock Hunt, it was a very sexy blog that ran from 2005 to 2008 and recounted the after-hours exploits of a 30-year-old gay man named Alex who allegedly worked at Gawker during the day. The GreatCockHunt.com is now only functioning as a giant advertisement for Hunting Season, but don’t worry: all of Alex’s NSFW blog posts are still available here.

An old Fleshbot post verified that at one point Gawker Media did read the blog. Plus, there are reviews of the book over at Amazon.com, and you can read all two of them here.

Oh, and the show has a trailer, and there does seem to be a scene in a workplace, which may or may not be Gawker’s:
http://www.youtube.com/watch?v=Eo_G3TTsJuY&feature=youtu.be

Well, if the trailer is any indication, the writing in Hunting Season seems to be exceptionally better than that in the original blog, which reads like TL;DR erotica with occasional mentions of hip New York locations. 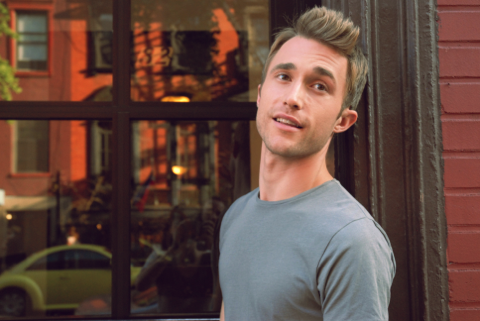