For the past few months, work has been progressing on the Hotel Bossert, once known as Brooklyn’s Waldorf-Astoria. It was where many Dodgers greats used to live, and they famously took the trolley from Brooklyn Heights to Ebbets Field, when that sort of thing was still possible.

For decades, the Bossert has served as a hostel for Jehovah’s Witnesses stopping off at the global headquarters here, but as they are moving upstate and getting rid of all their property, developer David Bistricer stepped forward in May to turn the Bossert back into a boutique that still bears the same name it has for nearly a century.

He recently said that the hotel would not be under the banner of any national chains, and he is partnering with the mysterious Joseph Chetrit and the guys behind King & Grove, all of whom are working on the controversial conversion of the Hotel Chelsea.

The designer behind all this is none other than Gene Kaudman, also hard at work on the Chelsea, who has designed dozens of hotels around the city in recent years, mostly for those name-brand outlets Mr. Bistricer now eschews. Mr. Kaufman will be lucky on this project, considering the Witnesses, famous for the meticulous upkeep of all of their properties, have left the architect with an immaculate lobby, which renderings show will be little changed.

Upstairs, the story is different, with the number of rooms rising from 224 now to 300 suites when the renovations are completed. No idea what those will look like, but there has been talk of a rooftop bar overlooking the Heights, the harbor and the Manhattan skyline, which ought to be something.

“The Hotel Bossert is an exceptional building and one that should be open to welcome guests from across the country and around the world,” Mr. Kaufman said in a release about the renovations. “Brooklyn has not only seen a residential explosion but thanks to a cultural coming of age the borough has also become a tourist destination yet it remains underserved by hotels.”

With the boom in Brooklyn hotels, especially in one of the borough’s poshest redoubts, this ought to be a perfect fit. 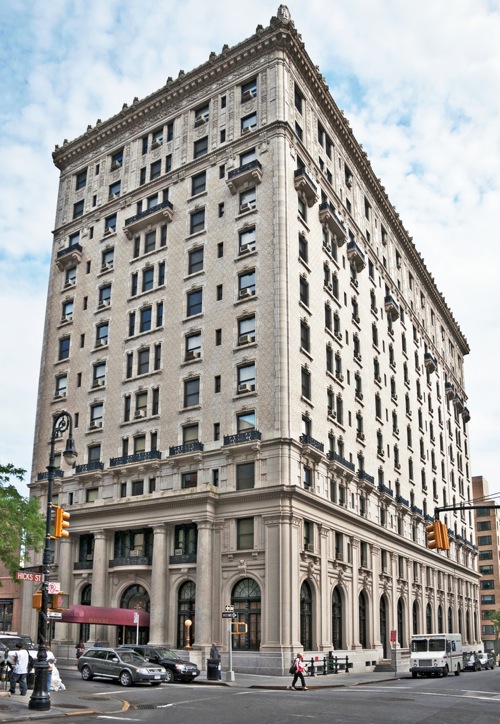