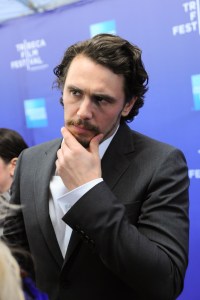 The Guardian reports that James Franco will soon make a film and art project that revolves around his own acting career, and Lindsay Lohan’s.

According to the casting notice posted on the Actors’ Access website, producers of the project are desperately seeking “Lindsay Lohan types” and “James Franco types” who are aged 13, 21, 30, 45 and 60. Those selected will then take their place in a film that examines the life of “two Hollywood celebrities”. The project is being overseen by producers Vince Jolivette and Miles Levy – Franco’s partners in his Rabbit Bandini production company.

Thanks to Blouin Artinfo for the tip!