Illinois Congressman Jesse Jackson Jr. is still at the Mayo Clinic undergoing treatment for severe depression, but according to a report in Crain’s Chicago Business, his political allies are already preparing for his comeback. Kevin Lampe, a longtime consultant of Mr. Jackson’s, told Crain’s the congressman’s “campaign is moving forward” and “he is running for re-election.”

Mr. Jackson’s chief of staff, Rick Bryant, has reportedly been calling local mayors to update them on the congressman’s condition. His aides are also said to have called local Democratic Party officials to let them know that “Mr. Jackson’s not going anywhere.”

“I told them that the congressman was feeling much better and that he was looking for updates on several projects in the district,” Mr. Bryant said of the calls he made on Mr. Jackson’s behalf. “The congressman also said he expects to be home soon; he is looking forward to getting back to work; and he fully expects to be running for re-election in the fall.”

Mr. Jackson has been out of work since June when he disappeared to undergo what his staff described as “extended in-patient treatment” for an unspecified condition. After weeks of rumors and intense press coverage his office eventually revealed he was having an “extensive inpatient evaluation for depression and gastrointestinal issues.” According to the New York Post, Mr. Jackson’s father, Rev. Jesse Jackson, may be grooming another of his sons, Jonathan Jackson, to run for Mr. Jackson’s seat. Rev. Jackson has denied that report. 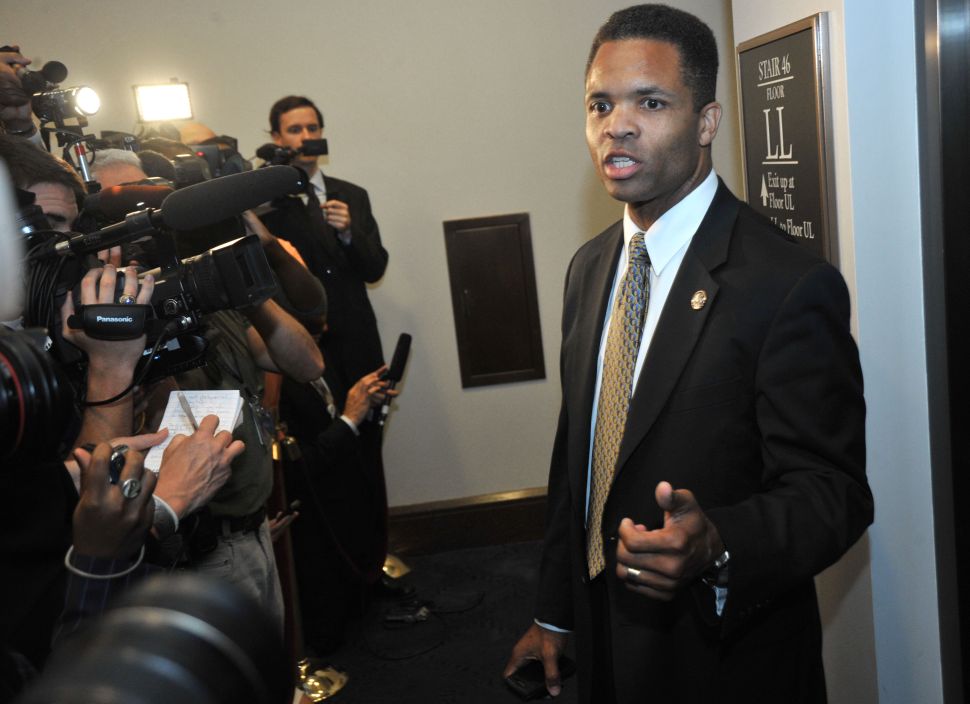