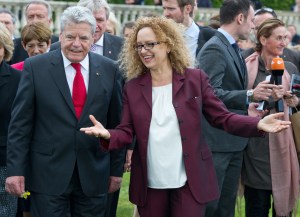 The governments of the German state of Hesse and the area’s largest city, Kassel, are planning to spend more than €600,000 (about $755,000) acquiring works from the 13th edition of the quinquennial exhibition Documenta, which will end its 100-day run on Sept. 16 in Kassel. Alexander Forbes, at Blouin Artinfo’s Berlin Art Brief, has the story.

Among the works that the city plans to purchase are pieces from the show by Michael Rakowitz, Cardiff/Miller, Walid Raad, Mark Dion and Judith Hopf.

More details about the governments’ complete Documenta acquisitions are available over at BAB.