ST. PETE’S BEACH – In an acknowledgement of Mitt Romney’s failure to send most pulses racing, former Gov. Tom Kean approached the podium at this morning’s briefing breakfast in the Majestic Ballroom and attempted to put a punctuation mark on the Republican candidate for president.

“We know we have an exciting nominee and we know he’s going to be nominated by acclimation,” said Kean. “We’re nominating someone who’s succeeded at every single thing he’s done in his life.”

Moments later, Kean alluded to Gov. Chris Christie as the best governor in America and the N.J. delegation went bonkers.

“This is going to be a wonderful celebraton,” said the former governor. “Keep your eye on the bulletin board.” 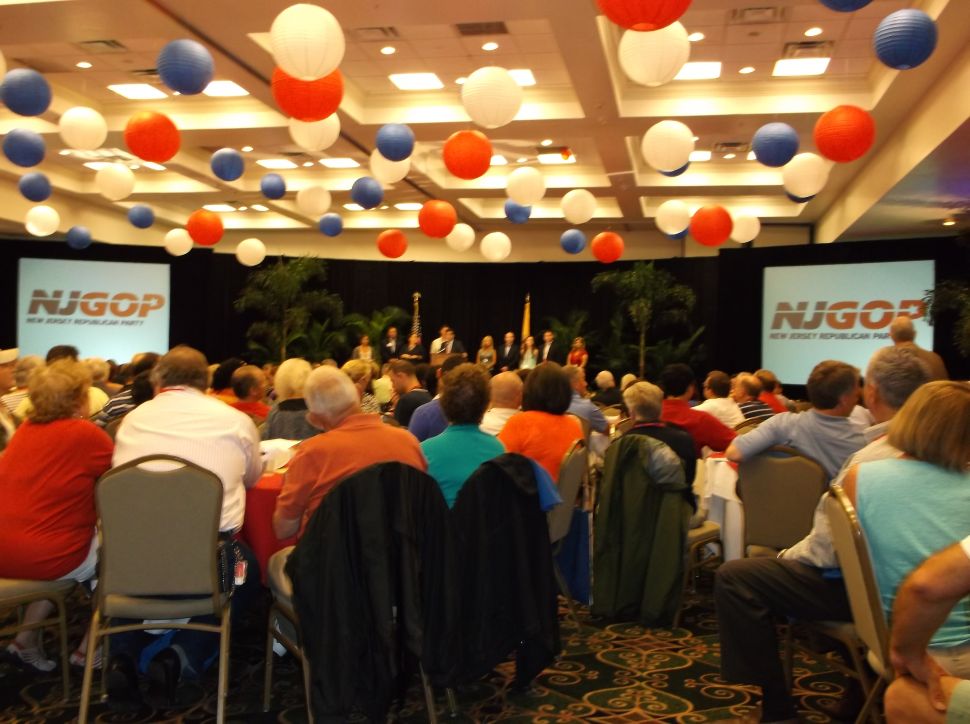