Now that Lindsay Lohan has been kicked out of the Chateau Marmont for not paying her $46,000 bill, it is time for her to pack her bags and move Eastward. Surprisingly, the LAPD is letting her do this, despite the fact that up until yesterday she was the prime suspect in yet another jewel-swiping case. And what of The Canyons? Will no one think of The Canyons?

Just when you hoped that New York City had successfully dodged its last   heat-seeking paparazzo after Los Angeles’ native Kim Kardashian left the Gansevoort, the New York Daily News is reporting that LiLo is moving to Tribeca and rooming with her assistant.

But where will she ultimately be hanging her temporary hat? We have some ideas.

The Plaza: She can search for Madeline while participating in Park Ave’s  illustrious history of jewel heists.

Gansevoort Park Avenue: It’s got the Kardashian seal of approval. Plus, they have the loudest, drunkest, and  most annoying roof parties, which should act as a homing beacon to Ms. Lohan.

Chelsea Hotel: The used-to-be-cool, asbestos-filled death trap is basically a metaphor for the actresses’ entire career, except that Bob Dylan has never been inside Lindsay Lohan. That we know of.

The Standard: They have the Boom Boom Room, which offers Red Bull, and Cat Marnell, who offers angel dust.

Tribeca Grand: There is literally no better place to shmooze with downtown celeb scenesters, potential directors, or Harvey Weinstein.

The Wythe: Where better to listen to Skrillex and party with a bunch of dirty hipsters?

Courtyard Marriott on 92nd: She can get high on the over-chlorinated pool while staying close enough to Dorrian’s to chill with Pat Kelly and Shane Spencer. Also the only place on the list she can afford.

Dream Downtown: Owner Vikram Chandal will be sure to give her a discount.

Tribeca Twelve: You know, when she needs to keep a low profile and pretend to be sober for a couple days. 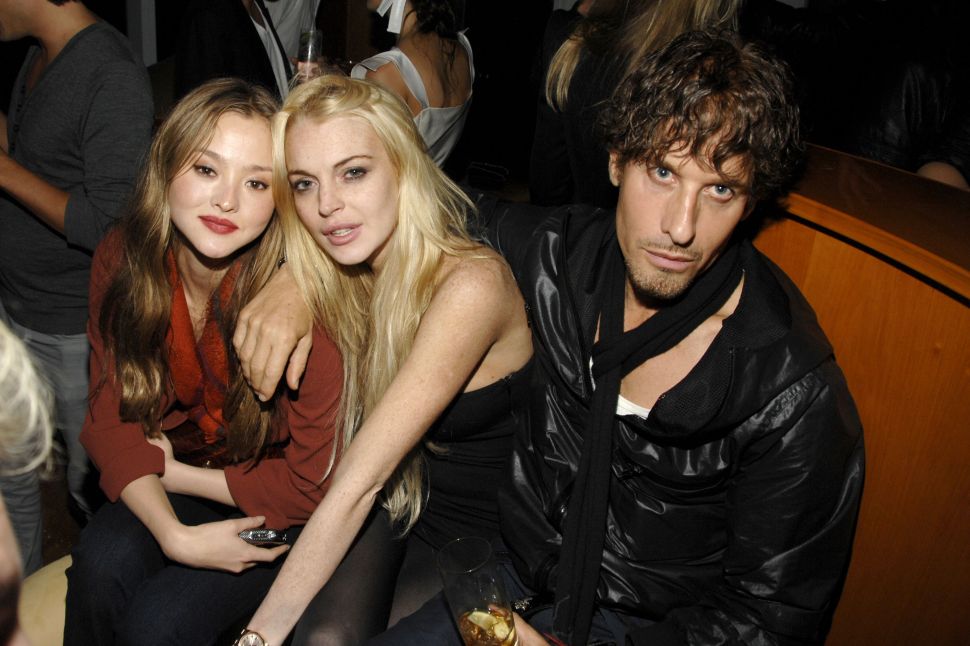