Yesterday, The New York Times Co. named the BBC’s outgoing Director General Mark Thompson to the post of CEO. The company had been without a new chief executive since Janet Robinson was tossed from the coop with a golden parachute at her back in December; Times Co. chairman and publisher Arthur ­Sulzberger Jr. served in the position as an interim chief executive up until yesterday, when Thompson was named.

A few minutes ago, the building was struck by lightning…

…At least according to a bunch of people who saw it and Tweeted about it (and also, some folks in the Times building): Elsewhere in odd forces of nature commenting on the new business leader of the New York Times, Michael Wolff weighed in with his take for The Guardian, best summed up by the last line of the piece:

There were also some well-considered moments of thought hidden throughout Wolff’s take. For example, he pointed out the fact that Sulzberger is still the “top operating executive” at the paper, even if Thompson has it in his title:

The peculiar compromise, leaving Sulzberger in place with full executive authority, but not giving him the CEO title, has meant: a) no reputable No 1 would take this job knowing they were really No 2; b) that it would be better for Sulzberger if that person who did ultimately take the job was unqualified for it; and c) that Sulzberger still has needed to find someone for the job who was not a joke, or nonentity – someone with some sort of stature (even imported).

Edmund Lee of Bloomberg Businessweek also noted of the pick:

The end result is the CEO has less power than the chairman, said Alex Jones, author of “The Trust: The Private and Powerful Family Behind the New York Times.”

“The position of CEO is a little bit deceptive at the Times because the operational head of the company is the chairman, and that’s Arthur Sulzberger,” Jones said in an interview. “The CEO’s job will be whatever Arthur decides it should be.”

As for points lost, Roland Li at the International Business Times weighed in, having already talked to some Times employees regarding the pick. One was not exactly psyched:

“He’s done a decent job with the BBC’s site, but nothing that any other adequate media executive wouldn’t do, and certainly nothing exceptional,” said a Times staffer. “The newsroom is skeptical because he is known less as a media innovator than a hatchet man for a legacy brand, and the BBC’s business model is nothing like ours.”

Skeptical of a hatchet man? You don’t say.

Surely the world will get to know Thompson more by the way his presence is (or isn’t) felt by newsroom insiders, but until then, we’ll just have to go with media-on-media reactions to the pick, or by how he’s being received by the forces of nature and/or gods of hellfire, which may or may not result in that wonderful Renzo Piano building being felled by a freak solar flare hail storm of rainy inferno in the coming days. For what it’s worth, however, since we started writing this post, the sun has come out.

Take it to mean nothing. Or everything. 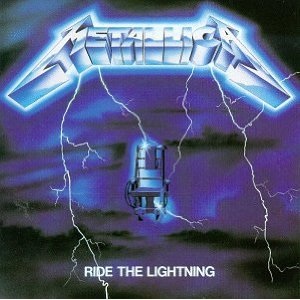