ST. PETE’S BEACH – She was a big shot at eBay but more famous to N.J. as a YouTube bit player.

2010 losing gubernatorial candidate Meg Whitman of California played General Charles Lee to Gov. Chris Christie’s George Washington in Christie’s version of the Battle of Monmouth, when a heckler-routed Whitman stood down under a hail of attitude from the New Jersey governor in the final weeks of her campaign.

“We keep digging in California, but you all are making tremendous progress,” said Whitman, a casualty of a comebacking Jerry Brown. “You all should be incredibly proud of what you’re doing.”

California may be on the other side of the country, but here at St. Pete’s Beach, their delegation is crunched close at hand in the neighboring Trade Winds.

Of course, we need government, said Whitman, to protect things like air and , but otherwise, that cumbersome entity needs to get out of the way of business.

“Let’s go out and do this,” she said. “It matters for our kids. It matters to the United States of America.” 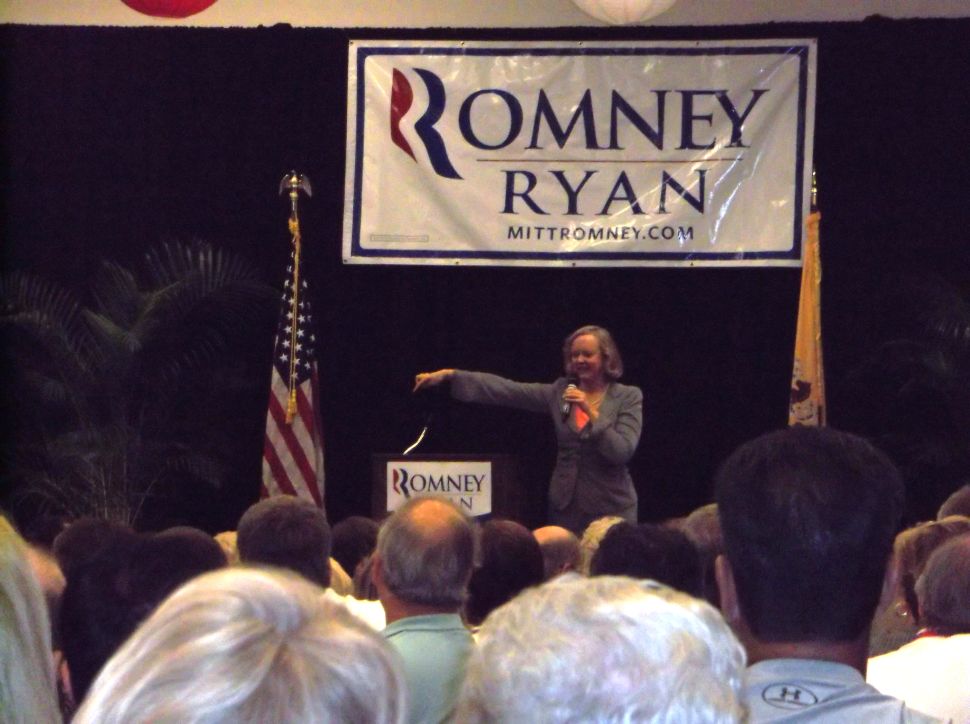