“Remind me who you are again” is really the endgame for face-blindness sufferers: We simply want people cheerfully to repeat for us, at every opportunity, who the hell they are—but we don’t want to seem rude or incompetent for needing the reminders. What’s more, we want to be completely absolved of ever having to pay any more attention to them than we did the first time we were introduced.

Is that too much to ask of the socially abled population? A shot at basic human dignity for those of us whose particular neurological wiring renders us helpless?

Most people strive to understand my condition, and to assist me without heaping on the scorn or condescension. But not everyone.

“Maybe you’re just not paying enough attention to people when they’re talking to you,” my boyfriend once suggested, when I informed him gravely that my condition rendered me incapable of remembering the names of his coworkers or friends. “Maybe you need to be more other-directed.”

That’s not fair. I’m actually not not other-directed: I’m just selective about the others my brain chooses to direct itself toward.

My certainty that I had prosopagnosia took a blow when I read that one of the symptoms is an inability to follow TV-show plots—sufferers can’t recognize characters the moment they put on a new outfit, or change their hairstyle. Many compensate for their shortcoming by becoming hyper-aware of distinctive physical traits: hair, gait, voice.

As it happens, the only people that I can be counted on remembering are celebrities. Or, let me amend that: anyone who has been on a television or movie screen, ever. Not just your Angelinas or your Anistons: I can actually identify the Spanish priest with two lines in one film as the guy who played the German sniper in another.

I have to rack my brain every morning to figure out the name of the guy who has sat next to me at work for the past six months, but I’ve approached niche television actors like we’re best friends.

There was an actor once, a young, handsome guy from an HBO show who actually became a real-life friend for a short period of time. He was the second person to call me out on my con—insisting I couldn’t have this disorder if I had literally walked up and introduced myself to him with a data bank of knowledge about his short career on the festival circuit.

It didn’t help that I couldn’t pronounce the disorder I claimed to have.

“Propoganoria? Proproproptopolis? Propecia?” For a long time I told people I had “facial aphasia,” which isn’t a thing, but combines the very interesting brain malfunction that causes gibberish-speak and that once turned up on an episode of House, and the word “facial.”

The actor, oddly enough, did know how to pronounce this fairly esoteric term, though he finally gave up trying to teach me when it became clear I didn’t really care.

Exactly one week later, I briefly met Cheech Marin at an art show in the Hamptons. Later that evening I saw him again at his birthday party, where he greeted me by name. What the hell was that? This was Cheech! Not only did he meet hundreds of people all the time, he spent most of his life high. How could he have remembered our five-second interaction?

“I took a memory retention class,” he told me.

Meanwhile, I cope as best I can. I’ve started having people put their names in my phone after we talk, and then I add one or two sentences about our conversation. That seems to help.

Fortunately, I’m not the only one dealing with this condition. We seem to be everywhere.

“Remind me how to pronounce your last name again …”

“You look amazing … When was the last time we saw each other?”

If few of us seek medical attention, it’s probably because we’re afraid of what we’ll find—that perhaps there is nothing really wrong with our brains, nothing at all … that we’re just lazy, self-centered and bored. Our second greatest fear? That everyone else feels the same way, and is busy not remembering us while we’re not remembering them. 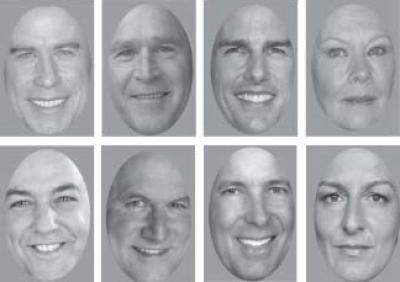