TAMPA – New Jersey cast all 50 of its votes for Mitt Romney and Paul Ryan on the first day of the Republican National Convention, propelling Mitt Romney to 1,150 votes and over the top as the party’s nominee for the presidency.

During the roll call of states, the GOP stuck to the script as delegates pledged the lion’s share of votes to Romney on their way to the 1,144 needed to nominate the former Massachusetts governor as the Republican candidate for president.

While delegates went through the rigors of ceremony, a busload of honoraries was on its way to the convention center.

“We are all so proud and honored that our governor was able to get us all there,” said Janice Fields of Somerset.

A final shuttle bus was scheduled to leave the Sirata at 6 p.m. to take its cargo to Tampa in time for Gov. Chris Christie’s keynote speech at 10:35 p.m.

The most emotional moment during the cattle call was when Mitt Romney’s brother, a Michigan delegate, choked up as he announced 24 of the state’s votes for Romney.

An N.J. subtext abided on the night Christie was due to give the party’s keynote address.

“We’re going to be the New Jersey of the west,” the delegate from Oregon declared. 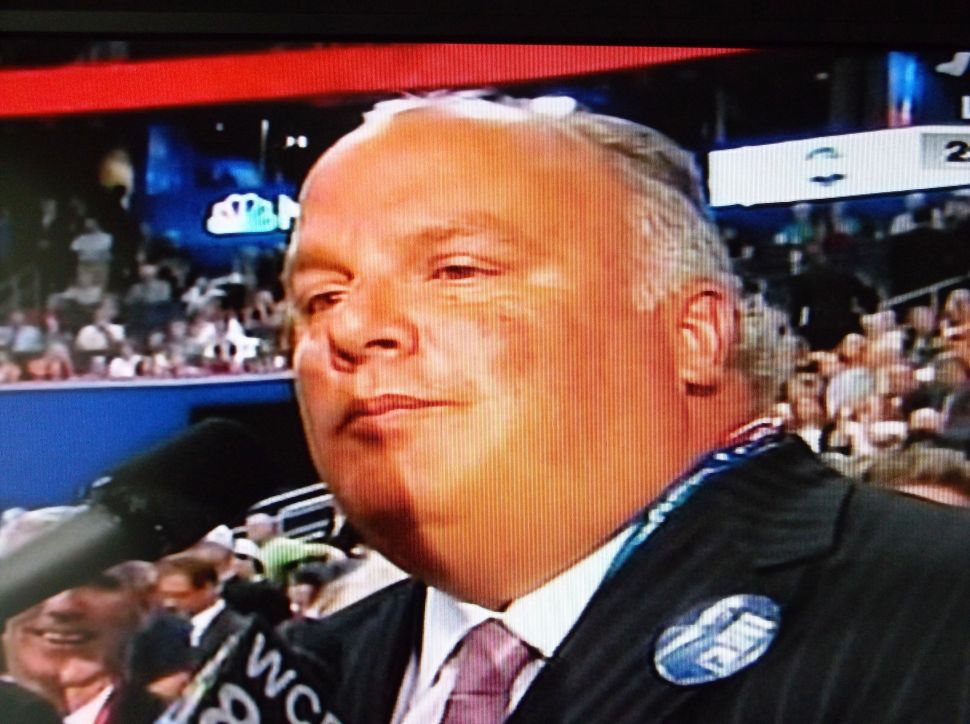