Poor Julian Assange … even his bowel movements are being censored.

The WikiLeaks founder was granted asylum in Ecuador today, after two months holed up in the the country’s British embassy, where he was avoiding the long arm of Sweden’s justice system. (Britain, understandably, is not happy about this.)

Despite the good news for Mr. Assange, a tweet from the official WikiLeaks account took offense at The New York Times’s coverage of the story, which, it claims, “alleges that Mr. Assange neglected to flush a tiolet” [sic] even once the whole time he was in the embassy.

They’re not? Because search as we might, we couldn’t find a single reference to toilets in the entire NYT piece from last night, or in any of its follow-up articles. We were about to chalk it up to a misread (after all … “tiolet”) on WikiLeaks’ part, until  a Google News search revealed that the original article did mention Toilet-gate:

Without notice or explanation, the allegations of Mr. Assange’s refusal to flush have disappeared from the article of the same headline, and an updated item about Mr. Assange’s mental and physical deterioration under house arrest likewise made no scatological references.

Like the saying goes: Just because you are paranoid, it doesn’t mean that they aren’t out to get you or your shit. 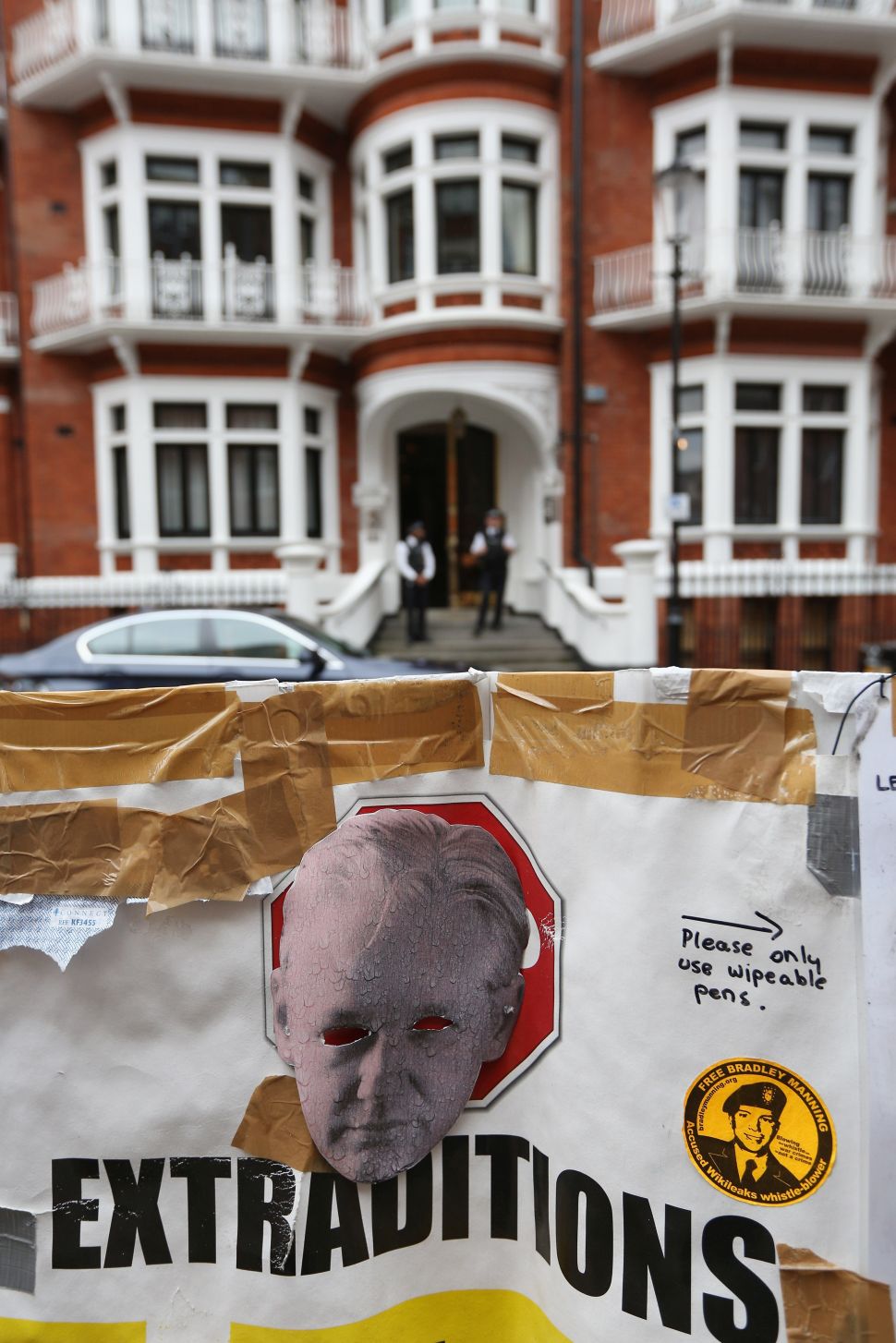