The final print column by Arthur S. Brisbane in his capacity as New York Times public editor—a position created in the wake of 2003’s Jayson Blair scandal, making him only the fourth ombudsman in the paper’s history—ran on August 26th. The final day of his term is today, August 31. But one can only imagine that the Times is eager for this day—and his tenure with the paper—to end.

After all, editorial brass at the Times probably didn’t expect their public editor to make headlines of his own on the way out, with an exit strategy that amounted to something just south of attempting to start a fire at the frying station while cashing his final paycheck.

Brisbane’s final column was a veritable gut check from inside the house. Not only did the column contain a sucker-punch:

Across the paper’s many departments, though, so many share a kind of political and cultural progressivism — for lack of a better term — that this worldview virtually bleeds through the fabric of The Times.

But it’s exactly the kind of sucker-punch that the Times absolutely must defend itself against, the kind that saw him feeding the bears, or rather, bearish ideas about the Times’s sacred commitment to objectivity: That insatiable view of the New York Times as the paper of the Liberal Elite.

In other words, he set the paper up to dignify the argument—which it did—and effectively started a conversation The New York Times does not want to have. And things—like TV critic Alessandra Stanley’s recent piece knocking MSNBC for simply offering “counterprogramming, not coverage” as the Liberal Bias version of Fox News—look different in its wake, even if they are more likely than not entirely unrelated.

Either way, they only have 11 more hours to go before Brisbane is done and new editor Margaret Sullivan begins. According to the Times, her term starts in “September 2012” and her first day in office is September 4, 2012. You’ll note that Brisbane’s name is on the page, but his face is gone a day early. Sullivan, who doesn’t technically start until tomorrow, and who doesn’t even show up for work until after the holiday weekend, has already been subbed in on the masthead. This has the odd appearance of decorators showing up into one’s old apartment as things are still being boxed up, and having them start to hang family photos of the new resident, who hasn’t even been given keys yet. 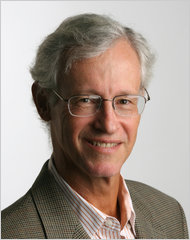