New York may be a tried-and-true blue state, and New York City may be viewed by some less as our country’s great melting pot and more as the American Liberal-Pinko Gomorrah, but that doesn’t mean we don’t have our fair share of Republicans (nor does it mean we can’t color them pink).

President Barack Obama is leading Mitt Romney by more than 30 points in New York state. But fueled by the Tea Party-inspired energy of motivated activists, Republicans are winning local office.

It’s a fun exercise for the politically curious, as well as a way to reinforce your beliefs and umbrella generalizations about who lives where. For more fun with New York City’s Republicans (and where they reside), head over to WNYC. 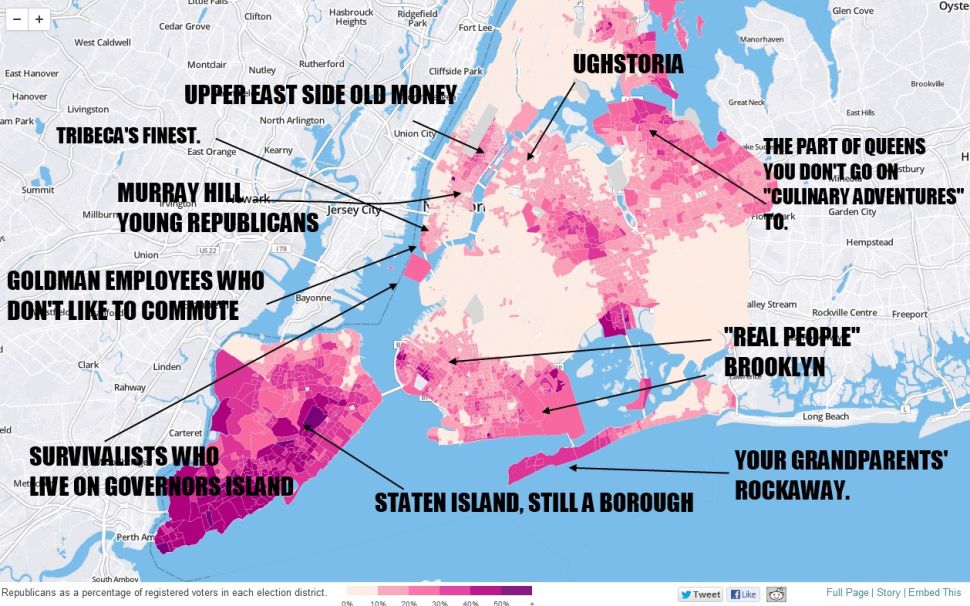