Ron Dubsky preaching the gospel of P90X outside the RNC.

TAMPA, FL — Paul Ryan is a devotee of the “extreme home fitness” routine P90X and at least one personal trainer is hoping other attendees at the Republican National Convention will follow his example. Politicker spotted P90X coach Rob Dubsky standing on the street just outside the RNC security perimeter this afternoon wearing a shirt that said “Bring It” and waving a sign encouraging convention-goers to “FOLLOW YOUR LEADER” featuring his web address: “WWW.GOP90X.com.

“This is my first day out here,” Mr. Dubsky said. “A lot of the police, the military here seem to relate with me.”

Mr. Dubsky, whose fitness coaching business is called Team Beachbody, claimed he lost 30 pounds in the past four months with the P90X program and is now in “the best shape I’ve been in 20 years.” Surrounded by Ron Paul supporters who were chanting and shouting, Mr. Dubsky said he believed P90X could help alleviate the country’s political tensions.

We asked Mr. Dubsky, who said he voted for Ralph Nader in the last three elections so he “could not be held responsible for what had happened,” whether he would be supporting Mr. Ryan and Mitt Romney in this year’s presidential race. Mr. Dubsky wouldn’t tell us who he was voting for on record, but he had high praise for Mr. Ryan’s devotion to exercise.

“Both sides have good points, and the fact that Paul Ryan preaches fitness and this is what this country needs is physical fitness,” said Mr. Dubsky. “So, whoever gets elected, I sure hope that they get real serious about our national health, because a strong body is a strong mind, is a strong country.” 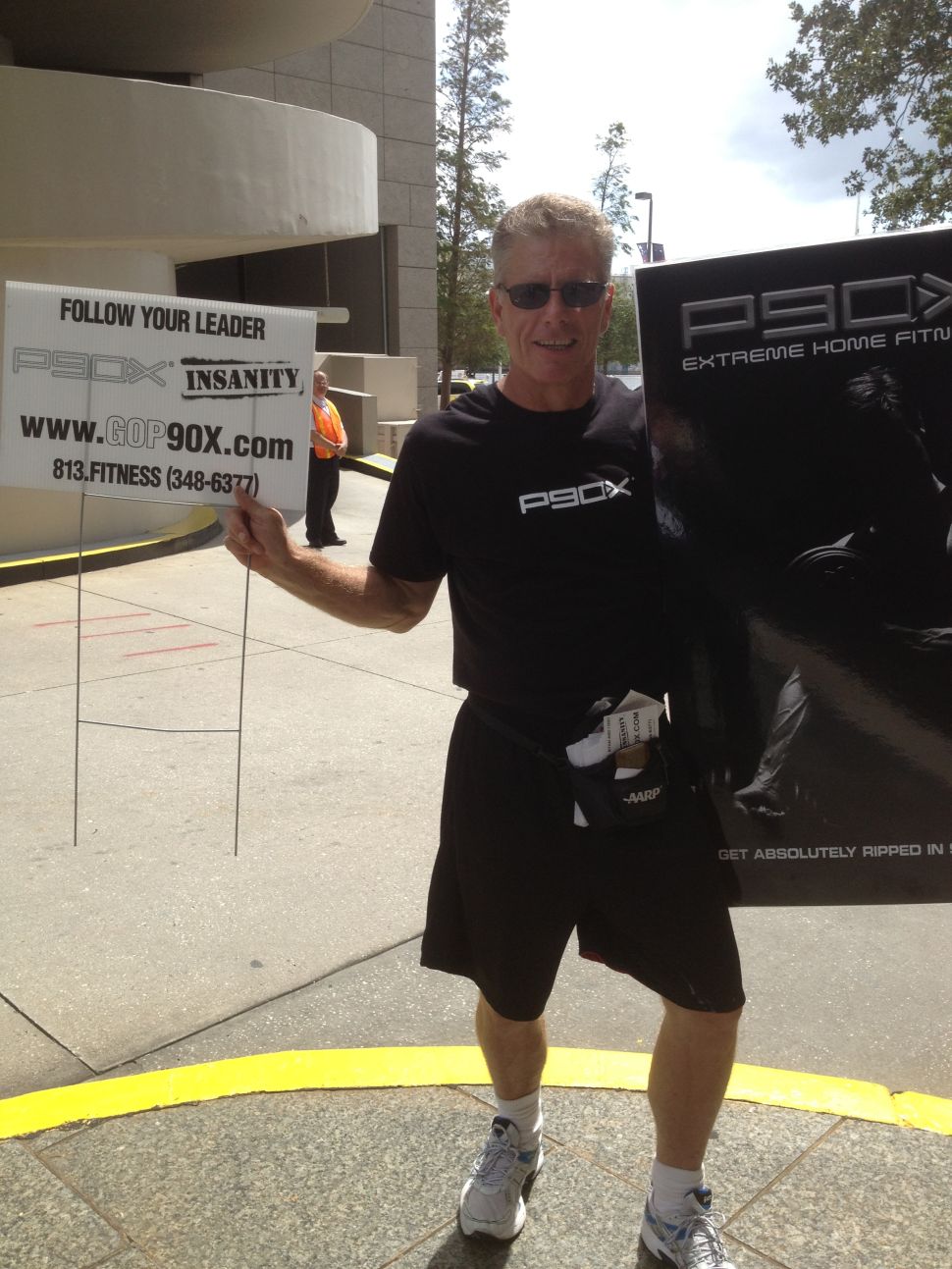