A plane mocking Paul Ryan, with a pro-choice variation of the “Paul Ryan Gosling” meme flew overheard as Mitt Romney’s running mate spoke at an event in Lakewood, Colorado this afternoon.

The quote toted by the plane is clearly based on “Paul Ryan Gosling,” an internet meme that pokes fun at Mr. Ryan using an earlier meme that features pictures of actor Ryan Gosling along with quotes a perfect man might say preceded with the phrase “Hey Girl.”

This isn’t the first time the Ryan Gosling meme has made it onto the campaign trail. Back in December, a former Democratic campaign operative named Nancy Leeds created a version of the meme featuring Mr. Gosling as a campaign staffer. 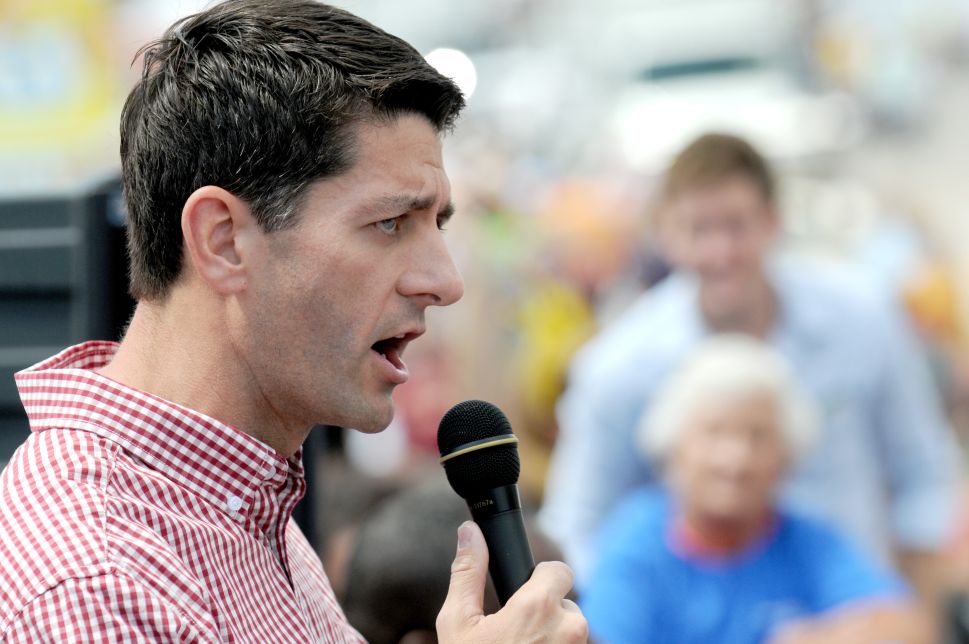