Last week, Progressive Insurance had the biggest social media #FAIL of its history when it decided to engage Matt Fisher, a young Brooklyn comedian who wrote a Tumblr post accusing the auto insurance agency of refusing to pay out the premium on his sister’s policy after she was killed in a car accident. In fact, Progressive went so far as to list itself with the defendant of the case in a civil suit.

Now, insurance companies do shady shit all the time. That’s why they are insurance companies an are run by guys who look like Ted Bundy with capped teeth. But they usually aren’t stupid. Yet Progressive’s reaction to Mr. Fisher’s claim wasn’t just to send out a press release saying how sorry they were for the unfortunate turn of events, but actually take to Twitter, where they launched a robo-tweet campaign claiming their innocence at anyone who tried to say otherwise.

This, obviously, did not have great results.

According to MarketWatch, over 1,000 people on the social media site have already dropped Progressive as their insurance company over this incident. Another 1,600 have claimed that we will not due business with the company.

Progressive, which has seen it’s stock plunge in recent months, actually began seeing a market uptick during this week of bad press, peaking on August 15th, one day before the company settled with the Fisher family. Go figure. 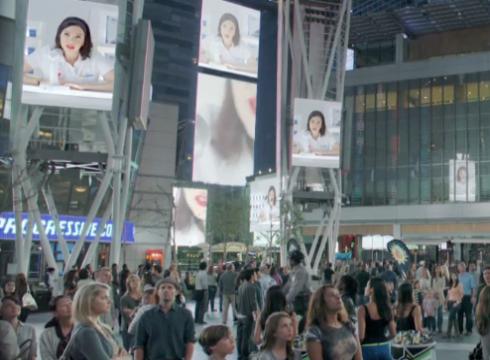