Mitt Romney rolled out his running mate, Wisconsin Congressman Paul Ryan, at an event at the U.S.S. Wisconsin in Norfolk, Virginia this morning, but he made a slight mistake when introducing the man he hopes will serve as his vice president next year.

“Join me in welcoming the next President of the United States, Paul Ryan,” Mr. Romney said as his running mate took the stage.

Mr. Ryan began speaking and, a few moments later, Mr. Romney jogged back to the podium to acknowledge his slip of the tongue.

“Every now and then I’m known to make a mistake,” said Mr. Romney as the crowed cheered and laughed. “I did not make a mistake with this guy, but I can tell you that he’s going to be the next Vice President of the United States.”

After Mr. Romney corrected his mistake, Mr. Ryan continued his speech saying he’s “thrilled to be a part of America’s Comeback Team.” 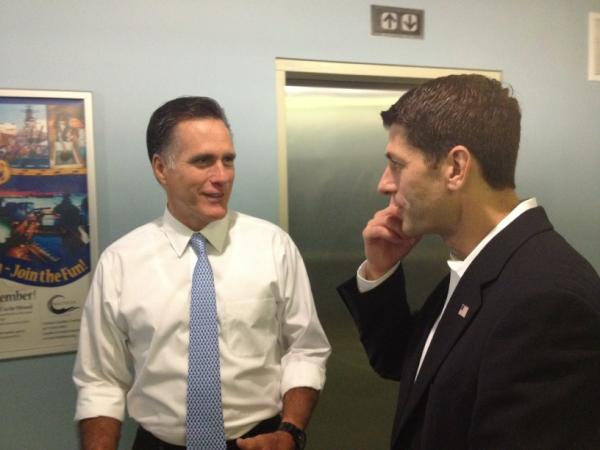