“It’s an honor to announce my running mate and the next vice president of the United States, Paul Ryan,” said Romney. “His leadership begins with character and values. …He appeals to the better angels of our nature. …I don’t know anyone who doesn’t respect his character and judgement.”

The Republican presidential candidate said Ryan understands the country’s deepening fiscal catastrophe “if we don’t change course,” and promised the team would return work to welfare.

“Join me in welcoming the next president of the United States, Paul Ryan,” said Romney, a gaffe as he neglected to say “vice,” and the 42-year-old congressman appeared topside to the blare of Aaron Copland-fangled brass.

“He’s going to be the next vice president of the United States,” Romney said a moment later.

Chairman of the House Budget Committee, Ryan is in his seventh term in Congress representing Wisconsin’s First Congressional District. He serves on the House Ways and Means Committee. In January 2010, the congressman gained attention nationwide when he unveiled his “Roadmap for America’s Future,” a proposal to eliminate the federal deficit.

“We will restore greateness to this country,” Ryan said to applause.

“This is a record of failure,” he added of the Obama era. “I’m proud to stand with someone who knows that if you have a small business, you did build that. …Our rights come from nature and God, not from government.”

Romney’s choice stirred voices in both sides of the political aisle here in New Jersey, where Christie playfully fended off VP questions for a year.

“With his selection of Congressman Paul Ryan to be his Vice Presidential running mate, Governor Romney is sending a strong message that he is serious about tackling our country’s fiscal challenges, reducing our debt, and reforming our government,” said movement conservative U.S. Rep. Scott Garrett (R-5). “As Vice Chairman of the House Budget Committee, I’ve seen first-hand how Chairman Ryan has brought Republicans and Democrats together by articulating common sense solutions.  I look forward to helping my friend Paul Ryan continue his strong record of leadership once he is elected Vice President of the United States.”

“The crux of Paul Ryan’s healthcare plan is he wants to make it a voucher program that would end up costing folks more through co-pays and caps,” the assemblyman said.

Running for re-election under Obama on the November ballot, U.S. Sen. Bob Menendez (D-N.J.) reacted to the news.

“Mitt Romney has shown that he means business in his war against America’s middle class by choosing as his running mate the architect of the budget plan that favors the nation’s wealthiest people and corporations,” said Menendez. “Four years of a Romney-Ryan administration would be disastrous for New Jersey’s middle class, who have shouldered too much of the tax burden. As a result of Rep. Ryan’s proposed budget, seniors on fixed incomes would face greater hardship, as there would be an end to Medicare as we know it, and the Social Security system they spent most of their lives paying into would be privatized and subjected to the whims of the stock market. Proposed budget cuts would kill job growth and set back the fragile economic recovery. All of these would take a significant step forward to becoming reality with the election of Romney and Ryan.

“The addition of Paul Ryan to the Romney ticket only strengthens my resolve to fight for the middle class families of New Jersey and the United States, who were subjected too long to the failed economic policies of the Bush Administration. The vast majority of Americans understand that we cannot revert to the days of an unbridled Wall Street and a health care system that allows insurance companies to deny a person coverage due to a pre-existing condition or the size of one’s wallet.”

“Paul Ryan is a dedicated, thoughtful legislator who recognizes that we must get our fiscal house in order to restore the promise of America for future generations,” said Lance. “A friend of mine, Paul brings much-needed energy and ideas of how to reform spending and bring about a balanced federal budget. In choosing Congressman Ryan as his running mate Gov. Romney is redoubling his commitment to address head-on the greatest challenge of our generation — our Nation’s more than $16 trillion debt. I congratulate Paul and his family for his selection by Governor Romney and congratulate Governor Romney for choosing a running mate who will be an excellent Vice President.” 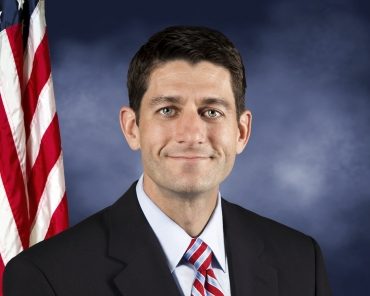